Home Politics Uche Nwosu: I Will Be Victorious On Saturday. 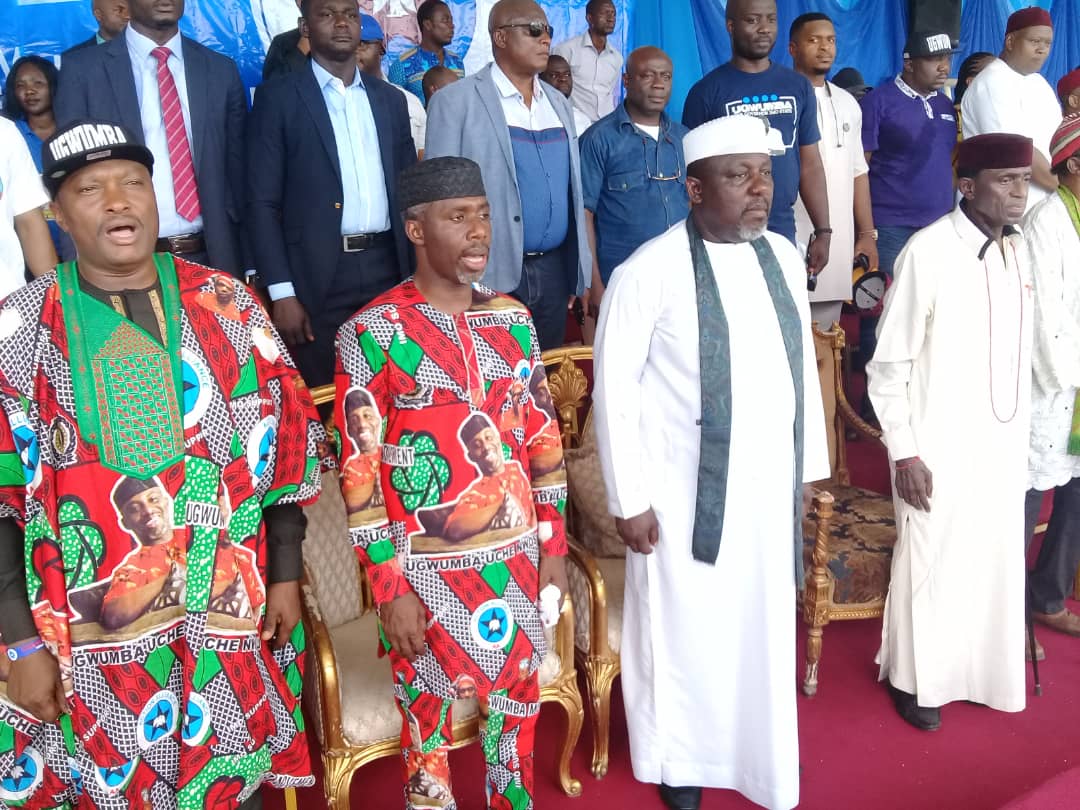 The Action Alliance, AA governorship candidate in Imo State, Uche Nwosu has said he will emerge victorious in Saturday’s governorship and State Assembly elections in the State.

He spoke at a mega rally organized by Vocational and Support groups for him at the Dan Anyiam Stadium, Owerri on Thursday, March 7, 2019.

In his speech Nwosu said “Great Imolites, I give God all the glory for a day like this. A few years ago, if anyone had told me that I will be standing amongst you to contest for the highest office in the land, the office of the Executive Governor of Imo State, I would never have believed it. Who is Uche Nwosu in the first place and who is little me to touch the hearts of the entire Imo people as one to merit their choosing me as the right man to serve them in this magnitude”.

He stated “The only way that I deem fit to repay you is to promise never to let you down if elected in the discharge of my official duties. I see the motorcycle people, the youths, the students, the artisans and the great women of Imo State all teaming in their numbers to support Uche Nwosu to be the next Executive Governor of our dear State”.

Hear him “Again, I cannot round off this speech without giving honour to whom honour is due. Your Excellency, Owelle Anayo Rochas Okorocha (OON), my political father, my mentor, the founder of the new Imo and most especially my father-in-law, I only ask God to bless you exceedingly for allowing little me to study under your tutelage and to have come this far”.

He continued “God has shown me mercy, I must confess. Come Saturday, the 9th of March, 2019, let’s all go out there to vote massively to elect our own, Ugwumba Uche Nwosu. I assure you that our victory will be overwhelming as God’s hand has signed and sealed it. I promise to consolidate on the achievements of His Excellency, Owelle Rochas Okorocha”.

Nwosu added “I don’t want to be a sitting Governor, rather, I will be on the road working as my motto is, I have come to work. Imo youths will not suffer as Ugwumba is their mentor and I assure the women of Imo that I will never let you down. Remember that our party is AA (Action Alliance) and make sure that you guide your votes for a successful conclusion”.

In his remarks, Governor Rochas Okorocha said that the governorship Candidate of Action Alliance, AA, Ugwumba Uche Nwosu will set to Change the Political equation in the State, describing him as a Child of Destiny.

The governor Stated “Today, I am over-joyed because I’ve seen and believe that you support me and mean well for the continuity and progress of Imo State. This afternoon, I want to handover some special people to you Uche Nwosu. As for your election, I know and I’m sure that it has been signed and sealed by God”.

innonews - November 22, 2018 0
*PRESS STATEMENT* Comrade Nwadike Campaign Organization (CONCO) has raised alarm over the willful and mischievous destruction of the billboards mounted by the United Progressive...

innonews - September 20, 2017 0
Imo State Governor, Rochas Okorocha has said it is unfortunate that Igbos play the worst politics among the ethnic and geo political zones in...