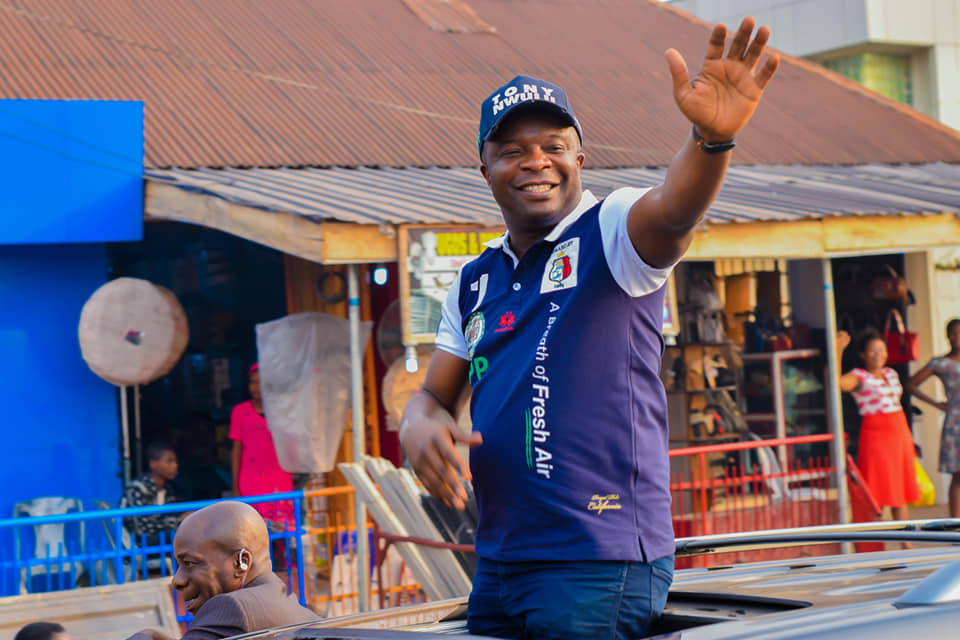 The plight of displaced Persons affected by the rash policies by past and present governments in Imo State will receive great attention if Hon.Tony Nwulu becomes Governor.

He said he will ensure adequate compensation for their losses during their displacement as such will be considered by his administration if elected Governor. He vowed to introduce  new innovations by engaging foreign firms such as Toyota to work out partnership with mechanics in the State to aid their operations.

He observed their immense contribution to the development of the State, noting that they are key partners in the task to make Imo State great.

At Relief Market, Owerri, where a mammoth crowd swarmed around his convoy, Nwulu assured traders that his administration will take appropriate measures to ensure that those displaced during the demolition of Eke Ukwu Owerri market are compensated.

He said even as a governorship candidate, he has opened talks with the Chinese and Taiwanese government to explore ways of attracting huge investments to the State. He said at a time the world is rapidly in various areas, the State has been plagued by a huge debt burden which could make it difficult for the State to attain rapid economic growth.

He however assured that he has began the process of energizing the economy of the State by moving it away from being public service driven to a private sector economy that will stimulate growth and economic development.

He assured that the Relief Market shall be given attention and traders given adequate support for their business to thrive.

innonews - September 24, 2018 0
President Muhammadu Buhari has approved the immediate release of N22.68 billion as retirement benefits for ex-workers of Nigeria Airways. This was disclosed by the Ministry...

Imo APGA: On The Verge Of Rising From The Ashes?

innonews - October 9, 2017 0
Lately, the Imo State chapter of the All Progressive Grand Alliance, APGA has been on the rave with top politicians from other political parties...

innonews - August 8, 2019 0
Governor Emeka Ihedioha of Imo State, on Wednesday gave reasons why he delayed the appointment of his Commissioners. Speaking...

Covid 19: The Earth Is On Holiday

innonews - April 5, 2020 0
The coronavirus pandemic has made us understand that man is not solely in control of events around him.