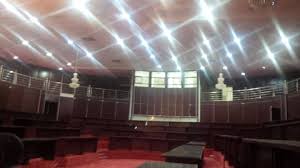 Leaders of the zone had expressed worry that Okigwe zone may lose the Speakership on the grounds that none of the elected members elect is of the Peoples Democratic Party, PDP which produced the Governor elect, Emeka Ihedioha.

Ihedioha is from Owerri Zone (Imo East), while his deputy, Gerald Irona is from Orlu Zone (Imo North)

The opposition political parties, the All Progressive Grand Alliance, APGA and the Action Alliance, AA produced six members elect from the zone with two returning members which qualify them to hold the post of Speaker of the incoming House of Assembly.

However in a bid not to gamble with the fate of the incoming Ihedioha administration, there are indications that there is a plot to ensure that the next Speaker emerge from Orlu zone where the PDP have four members elect.

This has set in panic among some leaders in Okigwe zone.

One of the leaders in Okigwe zone, Chief John Enyogasi specifically advocated for a Speaker from Onuimo Local Government Area.

Onuimo is in Okigwe zone.

Enyogasi who is a political leader in the state and popularly known as Ok 2000 gave the advise in Owerri on Friday while making inputs on his expectations from the incoming administration.

“Since Imo State is sitting on political tripod constituted as Owerri, Orlu and Okigwe Senatorial zones and the political calculation for Speakership tilted to Okigwe senatorial zone, equity and natural justice demand that Otanzu Otachara (OTOT) old political bloc which constitutes Okigwe West and Onuimo Council Area as principal political partner there, in all ramifications deserve the Speakership position as the zoning arrangement also favours them”.

He pointed out that when wound heals, people tend to forget the pains recalling that Onuimo was the architect of zoning in Imo State as it restored political stability, sanity and unity of purpose.

He further advised the incoming administration to be wary of political money bags alleging that they lack respect and destroy status quo.

He lamented that over 15 years ago some patriots in the state like himself, Chief Emmanuel Iwuanyanwu and Chief Francis Arthur Nzeribe, donated one million Naira each to certify Imo Charter of Equity and Balancing of Power but regretted that Governor Rochas Okorocha under Rescue Mission administration selfishly destroyed the vision.

The political Leader while describing Ihedioha as a visionary and accommodating administrator further canvassed the need for him to build bridges across the various political parties.

innonews - April 14, 2019 0
BY: Udochukwu Osuji Charles Oputa, aka Charly Boy on Friday reeled out words of caution to elected public...