Home Politics Chike Okafor Reveals Why He Should Be Speaker, House Of Reps 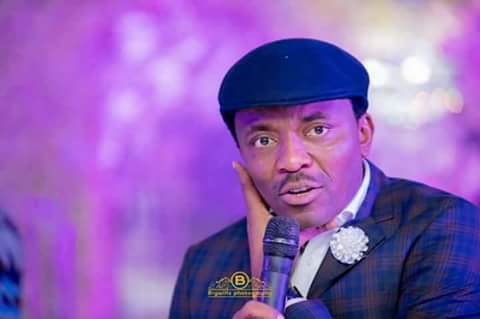 By Iyke Ndumele from Abuja

The member representing Ehime Mbano/ Ihite Uboma/Obowo Federal Constituency in the House of Representative of the Federal Republic of Nigeria, Hon. Chike Okafor has said that he is qualified in all ramifications to be the Speaker of the 9th Assembly and that no one should under rate him in the tussle.

Chike who spoke in Abuja said that he will be the next Speaker of the House of Representative hence any one underrating him is doing so at his own peril.

The Lawmaker said that he is very optimistic in winning the Speakership position because his colleagues wants him to be the Speaker and he will never disappoint them in the race.

Reacting to his party’s, APC, preference of Femi Gbajabiamila in the race, Chike said that he had written to the party neither informing them of his interest in contesting for the speakership position before they endorsed Gbajabiamila hence he cannot be cowed nor distracted in the contest and would by the grace of God emerge victoriously.

He also insisted that a progressive party like APC should consider equity, social integration and national harmony in sharing political positions like this.

He also said that he is seriously in the race while believing that the party will look at it very well before inauguration and change their decision adding that the south east region has not benefited much in the last four years adding that when they joined the party years back they told their people that they would enjoy good dividend of democracy while urging the leadership to encourage them to encourage their people.

Chike averred that APC did better in the south east in the last election to compare with 2015 pointing out that the south east is no doubt PDP strong hold and it demands a lot of conviction to permeate APC in the heart of the people over there.

Chike pointed out that the Igbo nation are keenly watching what will play out in the formation of the leadership of the 9th Assembly while insisting that for the sake of equity, it is preponderance the south east produce the speaker.

innonews - April 29, 2021 0
To strengthen his support base in Owerri zone has been fingered as one of the major reasons why Imo State Governor, Senator...

innonews - October 1, 2021 0
Media Relations Consultant,Chief Fidel Onyeneke has appealed to Media Practitioners in Nigeria to use this period of Independence anniversary to reflect over...

innonews - November 11, 2018 0
*Reinstated Lawmakers Plan Fresh Offensive* *Speaker Threatens To Declare Their Seats Vacant* There is heightening tension in the Imo State House of Assembly after an Owerri...