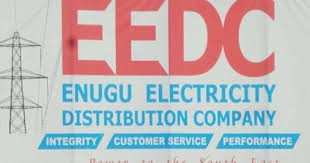 Enugu Electricity Distribution Company, EEDC, says it is committed to stabilize electricity for its consumers especially those who are hooked on State Power Line.

EEDC also said it has concluded plans to upgrade the State Power Line to be more effective as the Oguta Power Line which many customers are not hooked to, so that electricity will be fully distributed.

The Electricity company  stated this through one of its Operational Heads, Ezeoha Christopher, while answering questions from journalists at the EEDC Office, Royce Road, Owerri recently in response to the peaceful protest by Umudibia Community Women in Nekede, Owerri West Local Government Area of Imo State.

During the protest, the women had demanded constant and full power supply, upgrade in transformers, provision of Prepaid Metres (Metering) and stoppage of outrageous billing cutting of light unjustifiably.

But the EEDC had assured that it will improve on distribution of light to consumers who pay their bills promptly, promising to provide metres to curtail any unacceptable billing to customers.

Enyioha added that “metering is a continuous process and there are vehicles dedicated to metering department. So, consumers should expect metres. Consumers should not tamper their metres and should stop wasting energy. Using 2 or 3 ways bulbs, they sustain energy.

” Light goes off sometimes due to overload. EEDC has zero tolerance for corruption, indiscipline as it will not be too long the issue of lack of electricity will change. Government ought to assist by way of paying their bills.

“Most consumers do not pay their bills. They rather steal or tap light. Some waste light on energy bulbs, it is wrong. Consumers should corporate with EEDC to finetune and strengthen power supply to encourage business, productivity and boost economy”.

While recounting that EEDC is viably working to stabilize light by improving on State Power Line, Enyioha, reminded the customers that it is only a Power Distribution Company not Power Generating Company because it buys the energy from Power Generating Company, advising power consumers to pay their bills regularly for regular power supply.

innonews - September 5, 2018 0
The Nigerian Government has told telcom giants, MTN to pay taxes of $2bn (N700bn), six days after the Central Bank of Nigeria ordered it...

innonews - December 19, 2017 0
Organizers of the Occupy Imo Rally, the Imo Peoples Action For Democracy have accused the Nigerian Police of beating up their members during their...

innonews - August 31, 2018 0
There is a fresh dimension to the alleged defection of APC chieftain and serial governorship aspirant, Senator Ifeanyi Araraume to the All Progressive Grand...

Imo Politics: Why We Dragged RAP To Court, Lawyer, Others Give...

innonews - July 27, 2020 0
For distracting Governor Hope Uzodinma, a lawyer and some human rights activists have dragged the Reformed and Advancement Party, RAP, and it's...