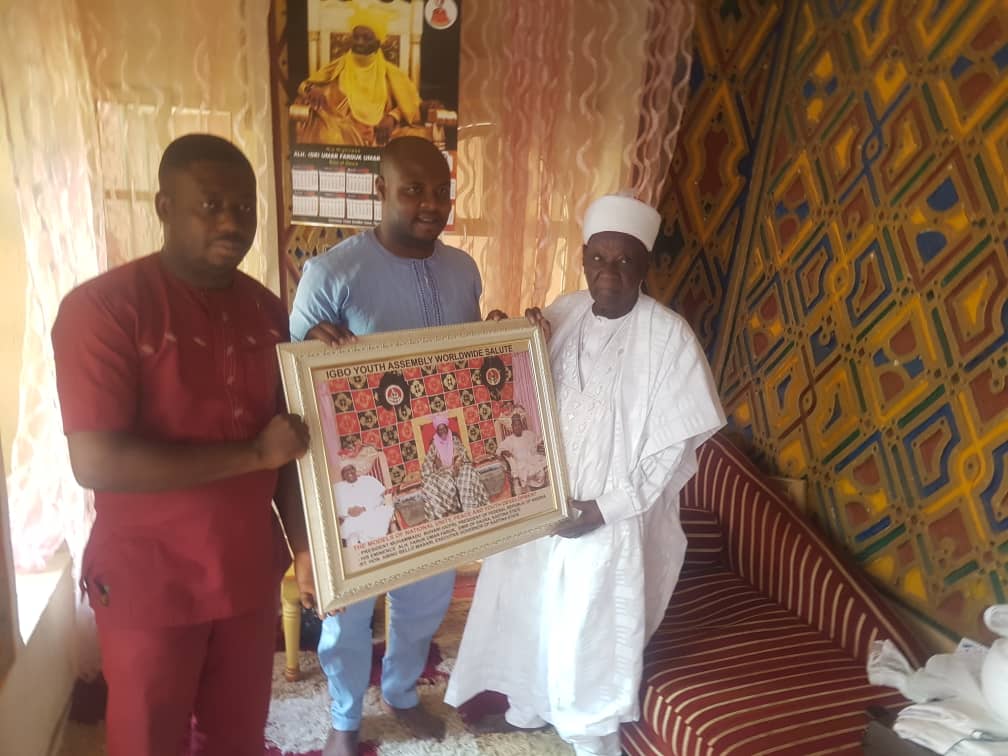 Members of the Igbo Youth Assembly Worldwide and Emir of Daura, Alhaji (Dr) Umar Faruk Umar, CON, met at the Emir’s palace in Daura, Katsina State, on Friday, April 5, 2019, where the group pledged their support to President Muhammadu Buhari.

The Emir commended IYA Worldwide, urging them to continue to be resilient in their support for President Muhammadu Buhari and in sustaining national unity and peaceful coexistence of Nigerians, which he described as the only way prosperity and progress will reign in the country.

He commended the efforts of the group and achievements of IYA and assured them of his continued support and co operation of his Emirates with Igbo Youth Assembly Worldwide.

He urged youths in the country to emulate their contribution to national development, peaceful co existence, youth and national development.
The highlight of the event was the presentation of a portrait to the Emir by the leadership of Igbo Youth Assembly. The portrait contained the images of President Muhammadu Buhari, GCFR, Alhaji (Dr)Umar Faruk Umar and Katsina State Governor, Rt Hon.Aminu Bello Masari.

The Emir who received the portrait with joy thanked the Board of Trustees, leadership, Patrons and all members of Igbo Youth Assembly Worldwide for the visit.

innonews - May 4, 2022 0
Leading contender for Owerri Zone Senatorial Seat on the platform the All Progressives Congress, APC, Prince Alex Mbata, has secured the...