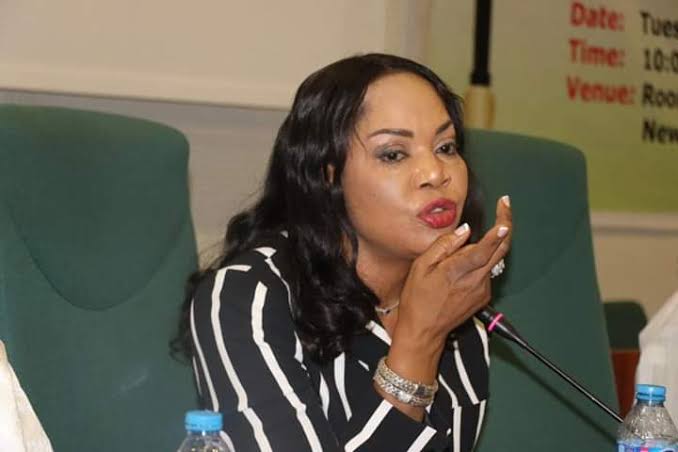 The race for the Speakership of the House of Representatives is not over despite media reports that Hon Femi Gbajabimiala (APC, Lagos State) looks good to clinch the position.

Aside Hon Chike Okafor (APC, Imo State) who has defied the odds by aspiring for the position, another lawmaker from the South East, Abia State and of the Peoples Democratic Party, PDP, has joined the contest.

Speaking to newsmen in Abuja, she appealed to the Lagos lawmaker to make a sacrifice by giving up his ambition.

She said, “I respect my party chairman and what the party has said it intends to do but I am appealing to them, it is not yet late to withdraw their decision and include a woman from the two geo-political zones left out in 2015.

“I know that the leader of the house, Femi Gbajabiamila, is a good gentleman and good leader but there is a time when any man who is a leader indeed needs to make necessary sacrifice and that time is now for the leader of my party in the house of representatives.

“This opportunity comes only once when a leader will look at himself and say, ‘it’s not about me, it’s about Nigeria.’ I also believe that Nigeria needs healing and somebody has to pay the sacrifice for us to move to the next level, even if it means deciding that speakership should go to another zone.”

innonews - May 2, 2018 0
Ahead of 2019 general elections in Imo state ,Senator Athan Achonu and Chief Macdonald Ogoke have been endorsed for governor of Imo state and...

innonews - December 18, 2017 0
BY DAN OPARA# Shock is the word to describe the reaction of chieftains of the All Progressive Congress, APC and members of the Ugwumba movement...