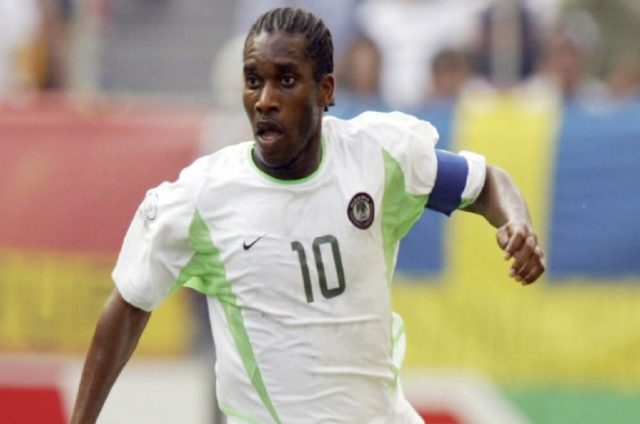 The Judge made the order after Okocha’s alleged failure to settle a 2017 income tax evasion case brought against him by the Lagos State Government.

The prosecutor, Dr. Jide Martins, had on June 6, 2017 filed the charge and when the case came up for hearing on October 5, 2017 , the defendant did not appear in Court.

The prosecution had told the court that the defendant had failed to furnish the Lagos State Internal Revenue Board with a return of Income for tax purposes.

He said that the offences contravened Sections 56 (a) and (b) of the Lagos State Revenue Administration Law No.8, 2006 and Section 94 (I) of the Personal Income Tax Act Cap P8, Laws of the Federation of Nigeria 2004.

innonews - May 17, 2018 0
*FROM DON UMEH, ABUJA* Cancellation of the ward and local government congresses of the All Progressive Congress, APC in Imo State and among other issues...

No Pressure On Me When I Play Against Big Teams- Lukaku

innonews - October 16, 2017 0
Manchester United striker, Romelu Lukaku has said he does not bother much when he fails to score against big teams. The Belgian fired blank...

innonews - May 15, 2021 0
The Association of South East Town Unions, ASETU, has faulted the creation of regional security outfit, Ebubeagu by South East Governors and...