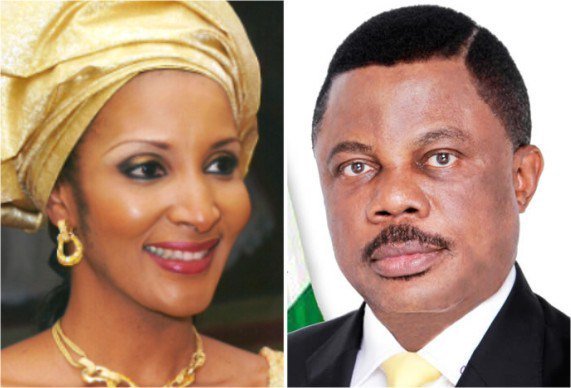 Governor Willie Obiano of Anambra State and Wife of founder of the All Progressive Grand Alliance, APGA, Bianca Ojukwu, have been removed as Board of Trustees members of the party.

This was part of the decisions taken by the National Executive Council at a meeting held in Awka, which followed the expiration of the four year term of the members of the BOT.

Labaran Maku, National Secretary of the party told newsmen in Awka, after the meeting that new BOT members to take the positions of Mrs Ojukwu and Governor Obiano were to be nominated later.

The party has picked May 31 as for its National convention at the Prof Dora Akunyili women development centre in Awka, Anambra state

“The Ward and Local Government Congresses of the party would hold on the 19th and 21st of May, followed by the State and Zonal congresses on the 23rd of May.”

innonews - December 19, 2020 0
*Call For Credible Polls As the election of a new President for Ohanaeze Ndigbo inches closer, the Coalition of...

innonews - May 14, 2017 0
PRESS RELEASE# The Commander 34 FAB Obinze, Imo State, Brigadier General Kay Ishiaku has been redeployed out of the State with Governor Rochas Okorocha describing...

At Last, Ohakim Opts For APGA

innonews - July 7, 2018 0
Former Governor of Imo State, Chief Ikedi Ohakim will any moment from now declare for the All Progressive Grand Alliance, APGA. This newspaper had reported...

Environmental Expert Speaks On Gains Of Trees Planting In Imo

innonews - June 7, 2019 0
By Ikenna Orioha As the world celebrated Environment Day, an environment expert has advised residents in Imo State to...