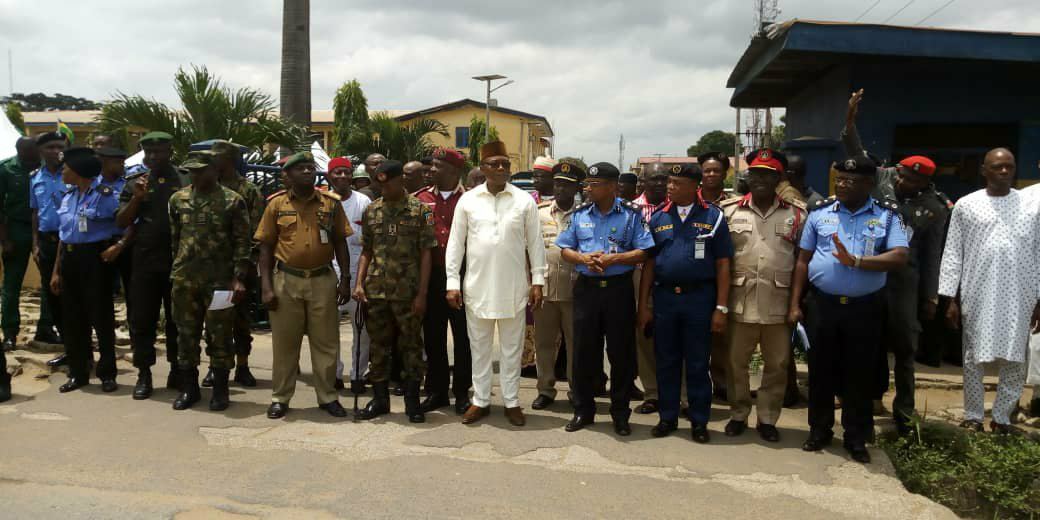 The Inspector General of Police, IGP Mohammed Adamu Abubakar had officially launched Operation Puff Adder which was adopted by the Assistant Inspector- General of Police in charge of Zone 9 Police Headquarters, AIG Tijani Baba who had flagged off the exercise in Umuahia, Abia State, on 17th day of April, 2019.

Speaking at the kick off of the operation at the Police Headquarters, Owerri, Imo State Commissioner of Police, CP Rabiu Ladodo, said operation Puff Adder is an operational strategy launched by the Inspector- General of Police, IGP Mohammed Adamu Abubakar on 5th of April, 2019 along the Kaduna/ Abuja Highway as a result of incessant kidnapping, armed robbery and other violent crime on that road”.

He said the IGP during a meeting involving top police officers at Abuja, instructed them to launch the operation Puff Adder to stem crime in all the zones in the country.

While charging all Field Commanders of this operation (Area Commanders, Divisional Police Officers and Tactical Team Commanders) to carry out the order professionally and with a human face to achieve results, He also advising that officers must work hands in glove with Force Order 237, ensure strict and absolute respect for rule of law and humanity in their quest to ensure that justice prevails at all times.

The CP called on the public to work with the police while providing useful and urgent information to them to enable them fight crime in the State.