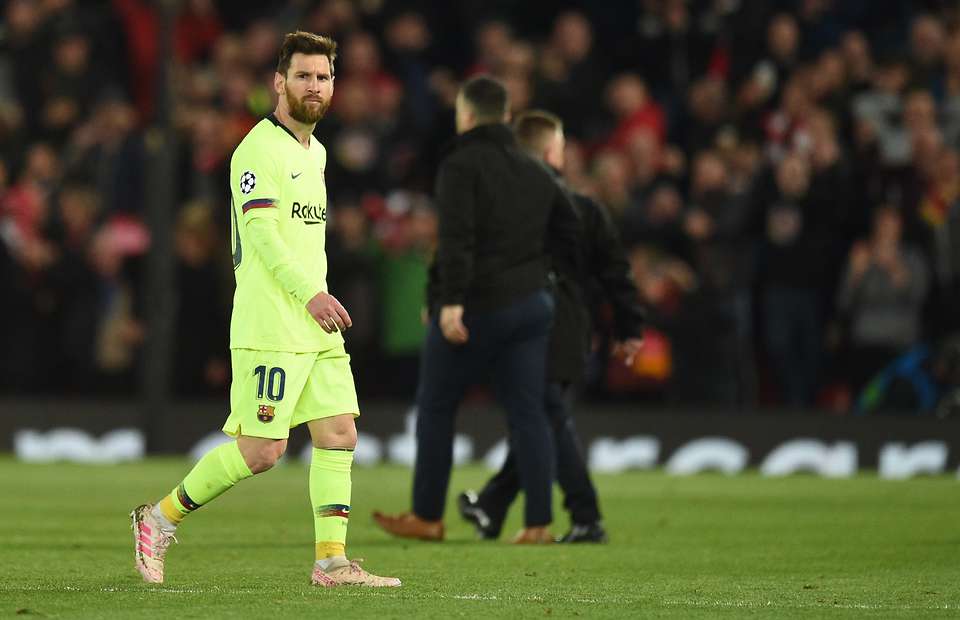 Diaro GOL  has reported that Barcelona captain, Lionel Messi has told the team’s board to sack the club manager, Ernesto Valverde following the Catalans 4-0 defeat to Liverpool in the Champions league semi final second leg at Anfield on Tuesday.

It also reported that Messi became angry and frustrated with the Coach and has told the club’s hierarchy to terminate his appointment at the end of the season.

Messi put on a sorry look on Tuesday as he watched Liverpool players jubilate their successive qualification for the Champions league final.

The camera turned to Messi who had a look of sheer shock on his face.

The Argentine, who had at the start of the season, vowed to lift the Champions League trophy this season, covered his face in disbelief as Liverpool players jubilated.

The Reds went into the game at Anfield on three goals deficit but shocked the football world by scoring four unreplied goals against the Catalans.

Messi scored twice at the Nou Camp last Wednesday to put the Spaniards 3-0 ahead.

But it counted for nothing at Anfield as Liverpool pulled off one of the greatest comebacks in European history.

Reserve striker, Divock Origi bagged the winner for Liverpool after dreadful defending by Barca and some quick-thinking from Trent Alexander-Arnold.

innonews - December 16, 2017 0
The Imo State Governor, Rochas Okorocha has assured that the 2017 christmas celebration will be the best in State. Okorocha spoke against the background of...

innonews - July 6, 2018 0
Legendary Juventus and Italy goalkeeper, Gianluigi Buffon, is expected to undergo his medical with Paris Saint-Germain on Friday, ahead of a potential move to...

Imo Not Among 11 States Set To Reopen Schools

innonews - September 19, 2020 0
Non payment of teachers salaries may stall the reopening of schools in Imo State