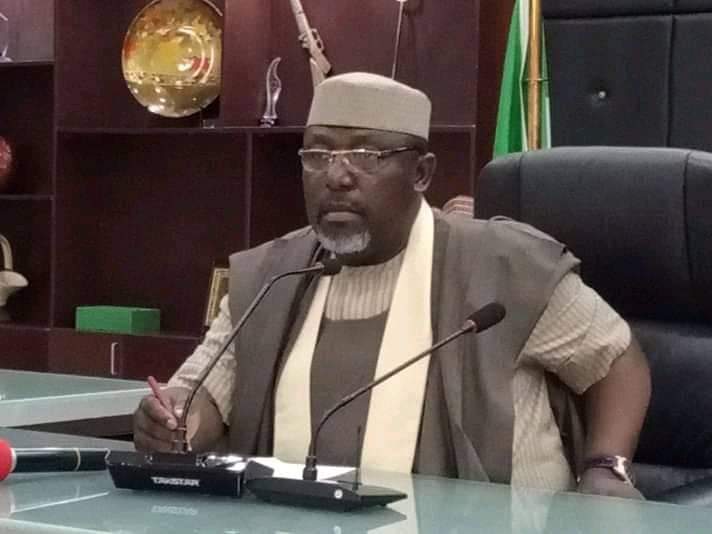 Former Governor Rochas Okorocha of Imo State did not formally hand over to his successor, Governor Emeka Ihedioha, who was sworn in as sixth Executive Governor of the State yesterday.

A statement by Barr.Chris Okewulonu, Chairman Inauguration and Handover Commitee, he said no official Handover was effected so far.

“We are literally in the dark so to speak. Off course the outgone governor gave us no co operation whatsoever. Unlike what we have had in the past during previous transitions here in Imo State and as was performed in other states, not one document has been handed over to the new administration.

“Yet he makes fantabulous claims about the amount in the treasury but as at today, no single paper to back up those claims.

” Formal handover, traditionally is performed before the official inauguration of the incoming administration, therefore I will be right to conclude that this aberration is another deliberate ploy to derail the rebuilding process.

Okewulonu, a former Secretary to Imo State Government said there was never a meeting between the two principals since after the election, noting that the former Governor may have left town.

” What we have in Imo now can only be described as a void. But Governor Ihedioha is undeterred and indeed poised to forging ahead in his mission to rebuild the broken State”

innonews - December 25, 2019 0
The Online Media Practitioners Association of Nigeria, OMPAN, Imo State chapter, has enjoined Christians to use the season to show love to...

innonews - December 2, 2018 0
*BY RALPH EJIMKONYE* The All Progressive Congress, APC has opened up on the defection of Uche Nwosu, son in law to Governor Rochas Okorocha to...