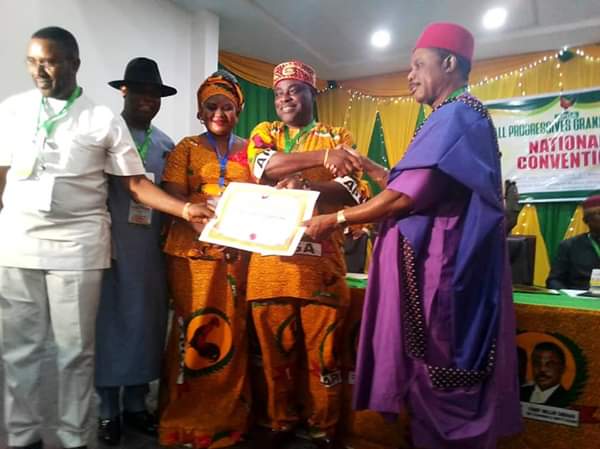 The National Chairman of the All Progressives Grand Alliance ( APGA), Chief Victor Oye was on Friday re elected for another four years in Awka, just as Edozie Njoku also emerged National Chairmam of the party in Owerri.

At the Awka convention, Chief Oye was also re-elected alongside other National Executive Committee members of party by delegates at the party’s National convention held under tight security at the Professor Dora Akunyili Women Development Centre, Awka, the Anambra state capital.

They were all re elected by voice vote.

Also, the Anambra State Governor, Chief Willie Obiano was retained as the APGA National leader and Chairman of the Board of Trustees (BoT) with the wife of the late national leader of the party, Chief Chukwuemeka Odumegwu Ojukwu, Ambassador Bianca, as well as the first son of the former Biafran leader, Chief Emeka Ojukwu (Junior) who was also ratified as BOT member.

innonews - June 22, 2019 0
Chelsea defender, Kurt Zouma, is seeking for a permanent move to Everton, The Telegraph reports. The Frenchman is in...