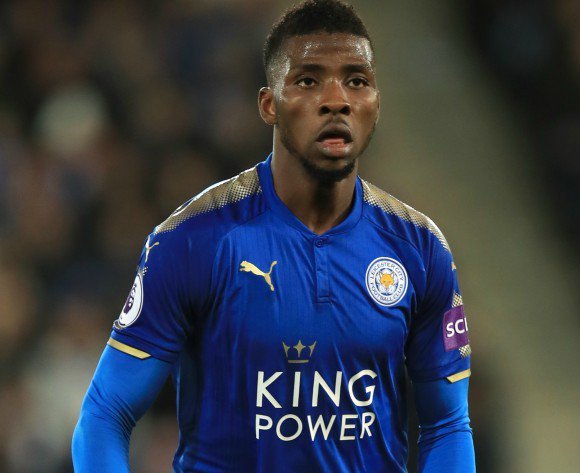 The Nigerian has scored only twice in 35 appearances across all competitions this season.

Iheanacho has also been limited to nine premier league this season behind Jamie Vardy and Shinji Okazaki in the pecking order. He has n not made a premier league start since Rodgers came on board and has only made six substitute appearances

Rogers said “He’s just had his first season adapting to a new club. Then when you’re playing or challenging one of the best strikers in the league, it’s difficult.

“Kel will come back into pre-season, have a really good pre-season, gain more confidence, work hard and hopefully come out of that with a renewed motivation to show his qualities,” Rodgers told Leicester Mercury.

The striker has not started a game since Rodgers took charge and has only made six substitute appearances.

“I’ve been impressed with him.

“ His appetite, his work, and then in games, where he has come on, whether its for five minutes or for 15 minutes, he’s impacted the game and done very well, and he neatly did again, its juts unfortunate

“ He knows he should score, in big games you don’t get many chances and he has the quality, but it just didn’t happen for him

innonews - October 27, 2020 0
There were widespread reports that the chairmen were to be sacked for various reasons Reprieve has come the way...

Mbaka: Trouble Politicians Should Stay Away From My Ministry

innonews - March 13, 2019 0
The Spiritual Director of the Adoration Ministry, Enugu, Rev Fr. Ejike Mbaka has warned politicians who make trouble in the country to stay...

innonews - April 2, 2020 0
By: VINCENT OHALE Imolites residing abroad have lamented their ordeal since the outbreak of the coronavirus pandemic across the...