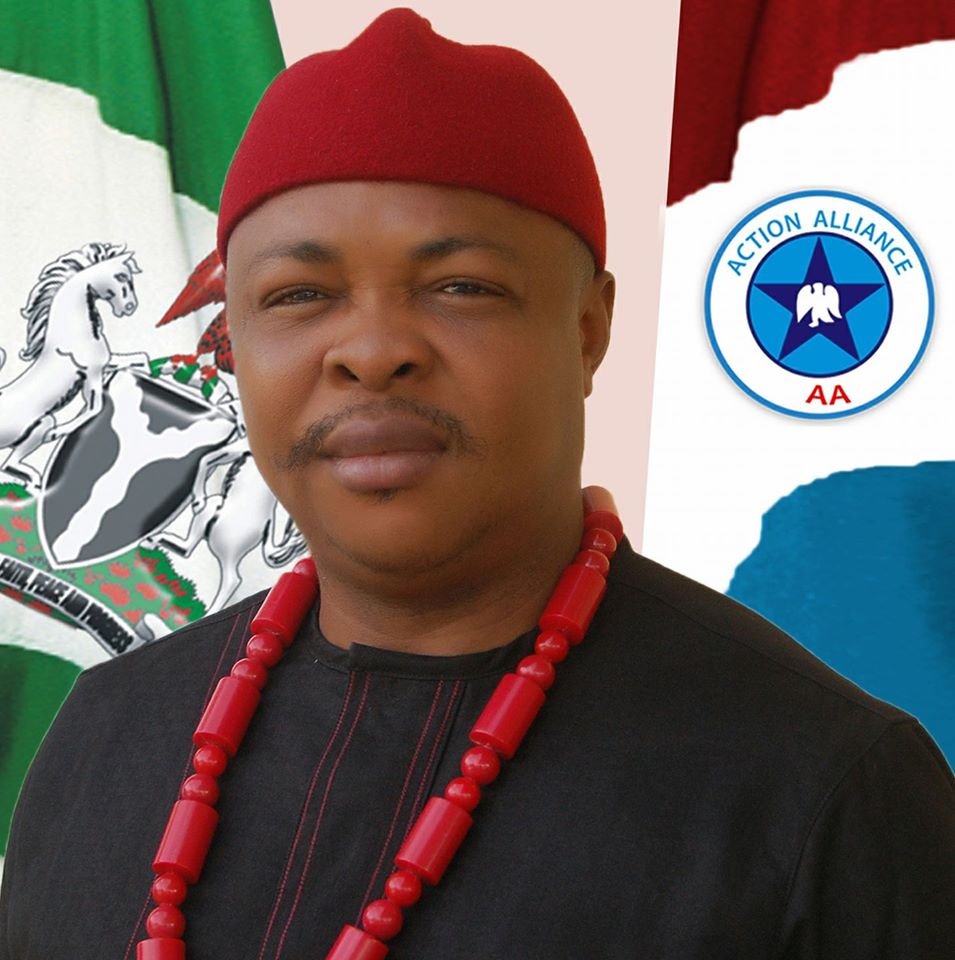 The Action Alliance, AA has dumped it’s legal onslaught against the Peoples Democratic Party, PDP and the victory of Governor Emeka Ihedioha of Imo State.

A statement signed by Kenneth Udeze, National Chairman of AA, stated that “the party has resolved to discontinue from the Governorship Election tribunal going on in some states in Nigeria including Imo State, prior to events that led to the defection of the Deputy Governorship candidate of our party, Rt Hon.Acho Ihim to PDP”

He was immediate past Speaker of Imo State House of Assembly

Explaining it’s resolve to dump the legal onslaught against the PDP and Governor Ihedioha, the AA National Chairman stated that it is in line with “Action Alliance commitment to the CUPP arrangement in forming Government of National Unity (GNU) at the centre and Government of State Unity (GSU) among federating unit”

The AA stated that recent events made the party to take its latest stand.

“Recent events and political permutation has clearly put the party in taking the position not to go through the process of issuing the necessary notices to INEC for Election/selection of Deputy Governorship candidate to conduct another party primaries” the chairman stated.

The Action Alliance governorship candidate in Imo State, Hon.Uche Nwosu is in court challenge the victory of Hon Emeka Ihedioha who was declared winner of the March 9 governorship election in Imo State.

innonews - April 9, 2018 0
President Muhammadu Buhari has left Abuja for the United Kingdom. The President left the country after a National Executive Council meeting of the All...