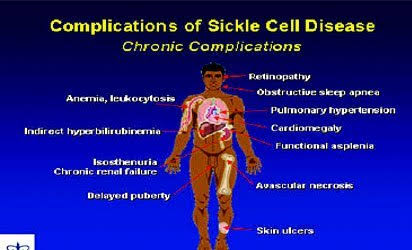 Speaking to Journalists shortly after concluding distribution of the drugs to the patients in Abakaliki, the national President of the Foundation, Ambassador Ephraim Ononye, said the aim of the Foundation was to look after sickle cell aneamia patients and ensure that the number of people affected with the ailment were drastically reduced in the society.

Ononye, a Minister of God, said though the Foundation was yet to be launched, they decided to kick-off with sickle cell awareness campaign and distribution of the drugs to patients to mark this year’s World Sickle Cell day.

He added that the Foundation would be offering both spiritual and medical services to sickle cell aneamia patients as well as ensure they live a qaulity life.

“By the grace of God I’m the President with sole aim of looking after people affected with sickle cell aneamia. By the Grace of God we started today. Though the organization is yet to be launched but we said since today is the day set aside by the World Health Organization to remember people leaving with sickle cell aneamia, let’s start today. Let today be our kick-off of our program.

“We know it is all involving huge fund, time and other things. But the mission of this organization is to ensure that the number of people that will die of sickle cell aneamia will be drastically reduced.

“We want those affected to live a qaulity life. Life that will be normal like every other person”.

“We have by the grace of God imported this drugs from United States of America and the company, we also invited them to come and introduce the drug to the people. We have given drugs to them free of charge.

Ambassador Ononye further called for support/donations for his Foundation from government and good spirited individuals and to other non-governmental organizations that are committed to caring for sickle cell aneamia patients in our society.

“The privileged ones in the society who feel like being of a helping hand to this organization to ensure the people are well taken care of can as well donate. Free-will donations will be appreciated but even in the absent of such donations we will continue those living with sickle cell aneamia will have smiles on their faces”.

He also called on Government to promulgate laws that would enable sickle cell patients to get free medical services in government hospitals in Nigeria.

“The Government from the federal level to the local government level should see it as something very necessary to support organizations like this to put smiles on the faces of sickle cell patients.

“Again, if Government will pass a law that will enable sickle cell patients to have free medical treatment in all Government hospitals. That will be very nice. But you know the type of Government we are into. If the present Government passes such law the next Government may not keep the law”, he said.

Ononye further explained that though it involves a huge fund his Foundation was willing to enroll as many sickle cell aneamia patients as possible from the Southeast of Nigeria which is their current catchment area.

One of the beneficiaries, a widow from Arochukwu but resident in Ebonyi, Mrs Uzoamaka Iwuoha, whose three children are battling with sickle cell aneamia described the sickle cell aneamia as a very difficult ailment; even as she commended the Foundation for coming to their aid.

“We have been moving from one hospital to the other. The sickness is a very difficult one. Giving them the needed medicare has not been easy. This has lingered till their father died and now, I’m the only person left to look after them and it has not easy for me.

“Today, we came here and we were given drugs free of charge. I thank the organizer of this program and pray God to bless him more”, she said.

Another beneficiary, a 25yr old orphan, Odoh Destiny from Nkalagu in Ishielu LGA while thanking the Foundation for the free drug, said: “it has not been easy. We are four including my mother suffering from sickle cell in my family. My sister died of the ailment when we were still young. Now, my mother has equally died and my father too.

“So, since they died, I and my other siblings are now left alone with nobody to carter for us. And to treat sickle cell is not easy. Alot of money is being spent. I know how much I spend every week to ensure I’m fine. Friends and people I know are the ones that have been helping me”.

Also, Nwonu Chinenye,a 33yrs old sickler from Ezza North LGA also thanked the Foundation and praised God sustaining her life despite the difficulty she is passing through as a result of the ailment.

Uzodimma Makes Fresh Revelation Of Those Behind Owerri Attacks

innonews - May 25, 2021 0
Governor Hope Uzodimma has given an insight on the identities of those responsible for the spate of attacks in the State.

innonews - November 28, 2017 0
The internet among other inventions of man is one of the useful and greatest inventions that have really impacted on the world at large....