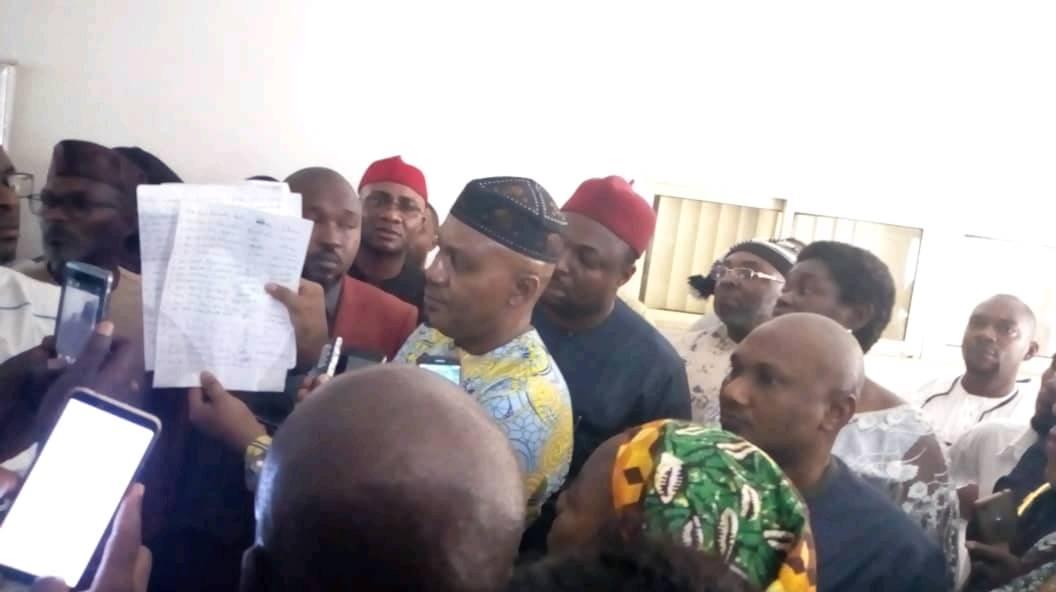 Members of Imo State House of Assembly have directed the State Governor, Hon.Emeka Ihedioha, to engage the services of anti graft agencies including the dreaded Economic and Financial Crimes Commission, EFCC to recover stolen State funds.

The House also passed a motion suspending the 27 local Government Chairmen and Councillors. It stated that the Directors of Local Government Administration, DAGS in the Councils should take over from the Council Chairmen.

innonews - October 3, 2019 0
Members of the Imo State House of Assembly became cynosure of all eyes in the State after newspaper reports claimed that lawmakers...