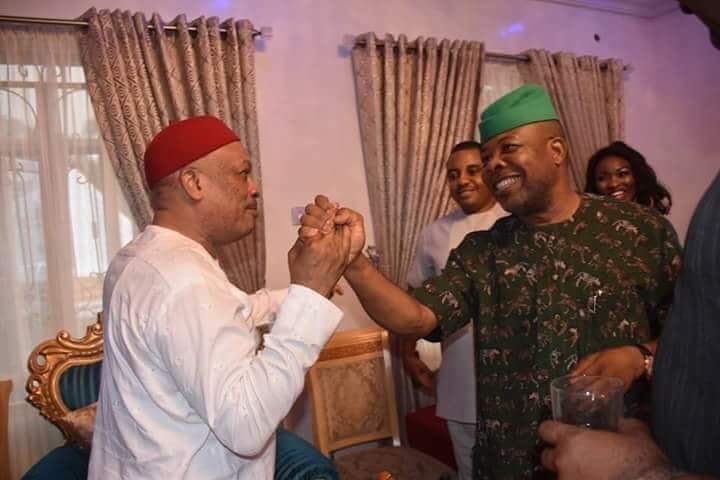 Anyanwu had approached the Court seeking to nullify the victory of Ihedioha and rather be declared as the authentic winner of the primary election.

He had accused Ihedioha of engaging in over voting, thuggery, which he alleged, swayed the polls in favour of Ihedioha.

Delivering judgement on Sunday, Justice Raphael Chikwe Agbo, reaffirmed that the plaintiff did not convince the court on the prayers he sought.

He said from the allegations of Anyanwu, the Court could not establish the fact in his claims and therefore dismissed the suit for lack of proof.

It could be recalled that the Imo Governor, Ihedioha, on the party’s primary election conducted in Owerri on the 1st of October, polles 1723 to defeat Sam Anyanwu, who polled 1282.

While Senator Anyanwu rejected the result of the primary election, 5 other aspirants, namely Senator Achonu, Prof. Jude Njoku, Chief Chukwuma, Ekomaru, Chief George Ejike, congratulated Rt. Hon. Ihedioha on his victory and went ahead to work for his victory at the Governorship poll.

Meanwhile, Governor Ihedioha had extended olive to Sen Anyanwu to join hands with him to move the state forward and also restated his resolve to run an inclusive goverment.