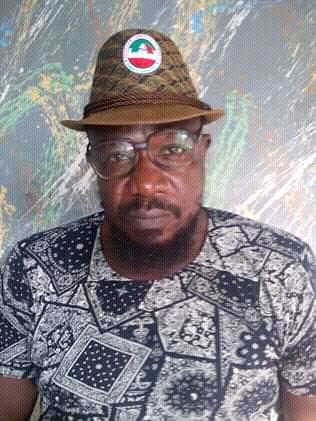 As people all over the globe observed World Environment Day , People’s Democratic Party Youth Wing, Imo State have hailed the Executive Governor of Imo State, Emeka Ihedioha for effectively observing the Day with the objective of making the State look neat again.

He had stated that 5th of June every year, Imo State shall jointhe world to observe World Environment Day.

Reacting to the declaration of the Governor, Imo State Peoples Democratic Party, Youth Leader, Hon Ahanonu Williams Aburi, said the move to revamp the Clean and Green Environment Policy of Former Governor of the State, Chief Ikedi Ohakim was germane as it will make the State look more neat and habitable.

Ahanonu commended Governor Emeka Ihedioha and the PDP led administration for being very thoughtful and considerate in initiating viable programmes that will put Imo in a better position again, stating  that the policy of Environmental Sanitation when effectively implemented shall encourage both foreign and local investors to invest massively in the state.

“These investments would add to the economic viability of the state and encourage social development and productivity as many youths will be productively engaged. It is a step in the right direction. And we will join hands to make the policy of cleanness a reality for healthy living and comfort” Ahanonu noted.

He expressed regretted that Imo battled adversely with flooding due to callousness and negligence on the part of the rescue mission administration on the environment and the plight of Imolites, saying the ugly bad days in the state are over for God has taken over the mantle of leadership with the emergence of a PDP government.

While wishing the PDP, Governor Emeka Ihedioha and his Deputy, Irona and the entire Imolites World Environment Day Celebration, Ahanonu prayed that God strengthens the PDP government to actualise its dream of rebuilding Imo State to His glory and joy of Imo people who desire goodness which life offers, affirming the determination and commitment of Imo PDP Youths to help the governor succeed.