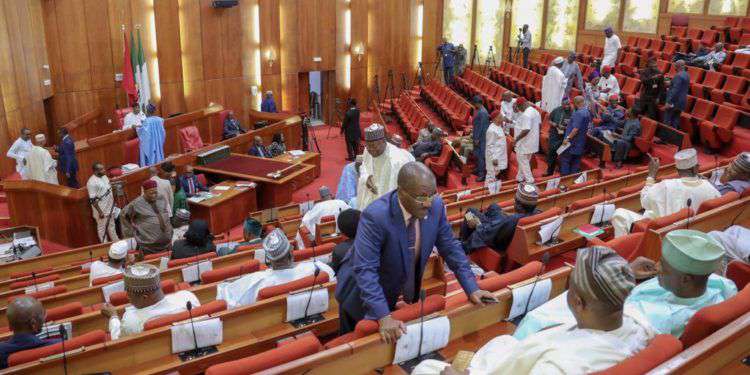 Former Governor of Abia State, Orji Kalu has emerged the choice of the All Progressive Congress, APC for the post of Chief Whip of the Senate.

Others nominated for other positions include Senator Adamu Abdullahi who has been named Senate Leader by the party.

Senator Ajayi Boroffice was named Deputy leader, while Yayaha Abdullahi got the post of Chief Whip.

The announcement is expected to be made on Tuesday when the senate resumes,while the party is likely to announce leaders of the House of Representatives next Tuesday.

The opposition Peoples Democratic Party, PDP had a fortnight ago nominated Enyinnaya Abaribe as minority leader.

innonews - February 25, 2020 0
Billionaire businessman Chief Tony Chukwu has been commended for hosting the meeting of Okigwe stakeholders at his country home –Umueze I...

innonews - July 31, 2018 0
Following the order of an Owerri High Court that halted the swearing in of the new Deputy Governor of Imo State, Callistus Ekenze, the...

Okorocha: I Do Not Need A Poster Or Campaign To Win...

innonews - September 9, 2018 0
Governor Rochas Okorocha has said he does not need to campaign or get a poster to win his bid to win Orlu Senatorial election...

innonews - April 23, 2019 0
BY: IKENNA ORIOHA Youths of the Peoples Democratic Party, PDP in Imo State have offered words of advise...

innonews - January 14, 2018 0
Imo State Agriculture and Food Security Commissioner, Hon.(Mrs) Ugochi Nnanna Okoro has denied reports on the social media that she has been sacked as...