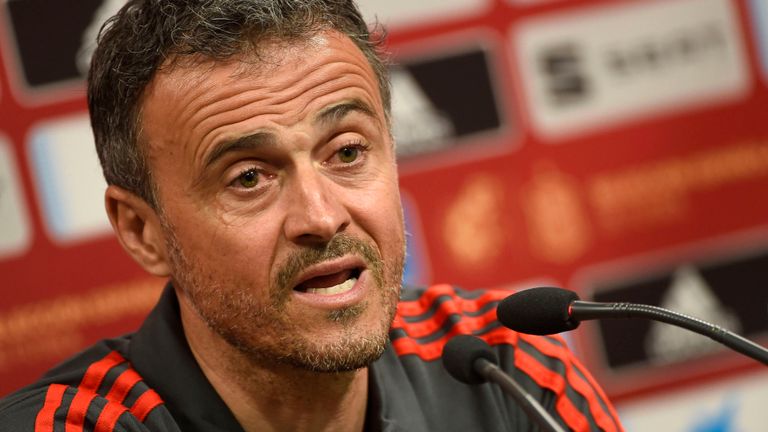 Spanish Soccer Federation President, Luis Rubiales made this disclosure at a news conference on Wednesday.

“It was a decision Luis Enrique took himself which we are grateful for. We will have a perfect memory of him. It’s a personal matter which doesn’t depend on us. We think it’s the best thing to do,” Rubiales said.

Enrique has been in charge of Spain less than a year.

Spain had announced Enrique’s absence from the Euro 2020 European Champions qualifier with Malta back in March, citing “an urgent family matter”.

innonews - April 22, 2019 0
Arsenal playmaker, Mesut Ozil, has reacted to his side’s 3-2 defeat by Crystal Palace in the Premier League on Sunday.

innonews - December 15, 2020 0
Not many may know Emeka Diwe, an Akpulu High Chief, as an unrepentant advocate and promoter of...

innonews - July 12, 2018 0
There are strong indications that the Deputy Governor position in Rochas Okorocha’s government is already up for grabs just as a Former Deputy Speaker,...

innonews - September 15, 2017 0
South East Governors are meeting in Enugu where they are suspected to deliberate on the rising tension in the region. Members of the Indigenous People...