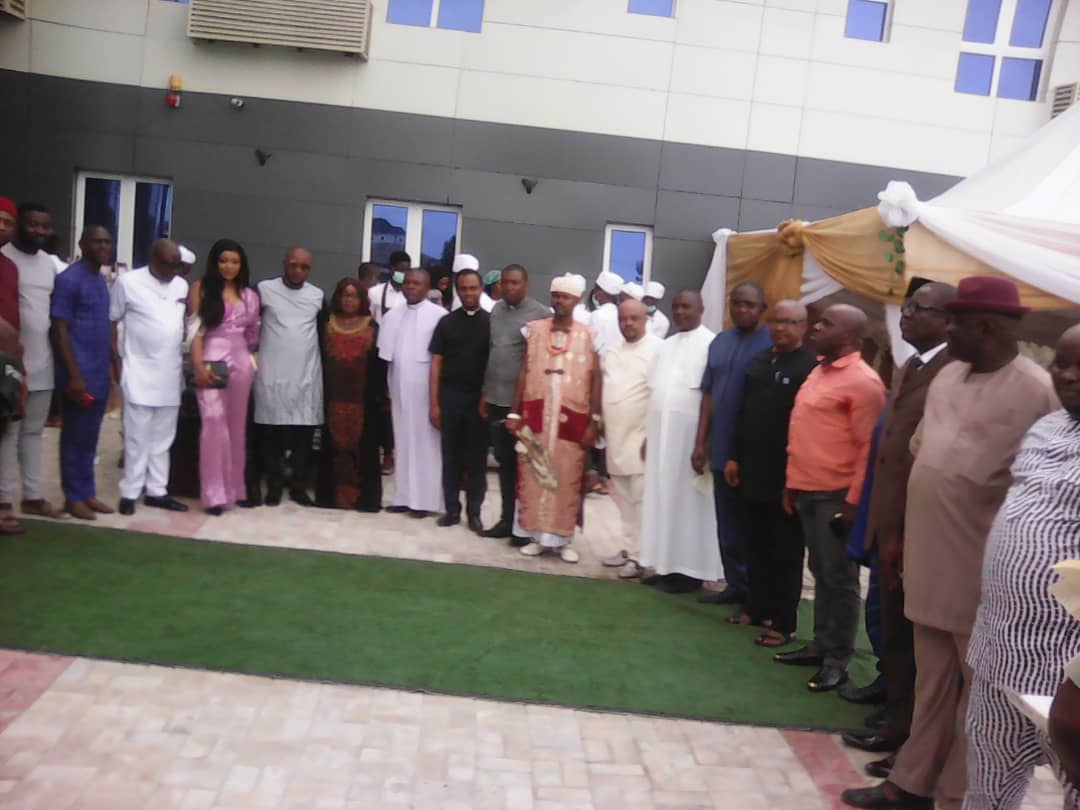 Governor Emeka Ihedioha while unveiling JJ Mas Hotel&Suites, Owerri, on Saturday, 7th June, 2019, hailed the owner, Mr Okechukwu Chukwuocha, for investing in Imo State, describing the Hotel as a beautiful edifice which will accommodate both foreign and local tourists who value hospitality and adventure.

The Governor urged investors to come down to Imo and invest for economic advancement of the state. He said Mr.Okechukwu Chukwuocha contributed so much to the victory of the PDP, being a good and trusted ally, calling on patronizers to use the place well.

Commending Mr. Chukwuocha for creating jobs for over 40 teeming youths of the State, HRH, Eze Emmanuel Ibechi, Akagu 1 of Umuakagu who is the Chairman, Council of Traditional Rulers, Ehime Mbano, said the building is magnificent enough to attract adventurists from all parts of the world, advising youths employed to work in the hotel to utilize the opportunity to beat poverty.

Sir Chief Ikenna Chukwuocha (White Lion), elder brother of the owner of JJ Mas Hotel&Suites in his remarks said the hotel is home for travellers, politicians, being an “accommodation of global standard”, saying hardwork and passion contributed to society development and wished his younger brother successful business, God’s direction and protection.

Thanking God for giving him the strength and wealth to site the business in Owerri, as well as appreciate those who graced the Official opening of the hotel, CEO of JJ Mas Hotel&Suites, Mr Okechukwu Chukwuocha, said he sited the outfit in Imo State because “I have the burning desire to contribute to the economic growth of the state, as well as provide the people especially youths with employment so that the society lives peacefully and comfortably”.

Okechukwu Chukwuocha added that “JJ Mas Hotel&Suites Accommodation is of global standard’. He committed the hospitality business into God’s hands to flourish.
The unveiling of the hotel was witnessed by People from all parts of the country and we’re entertained by a live band, cultural dance troupe and comedians which  added flavor to the event.

innonews - May 15, 2018 0
Some lawmakers from Imo State have met with the National Chairman of the All Progressive Congress, APC, Chief John Oyegun. The lawmakers are part of...

innonews - July 24, 2020 0
If the statement credited to Lai Mohammed, Nigeria's information minister, is anything to go by, the...