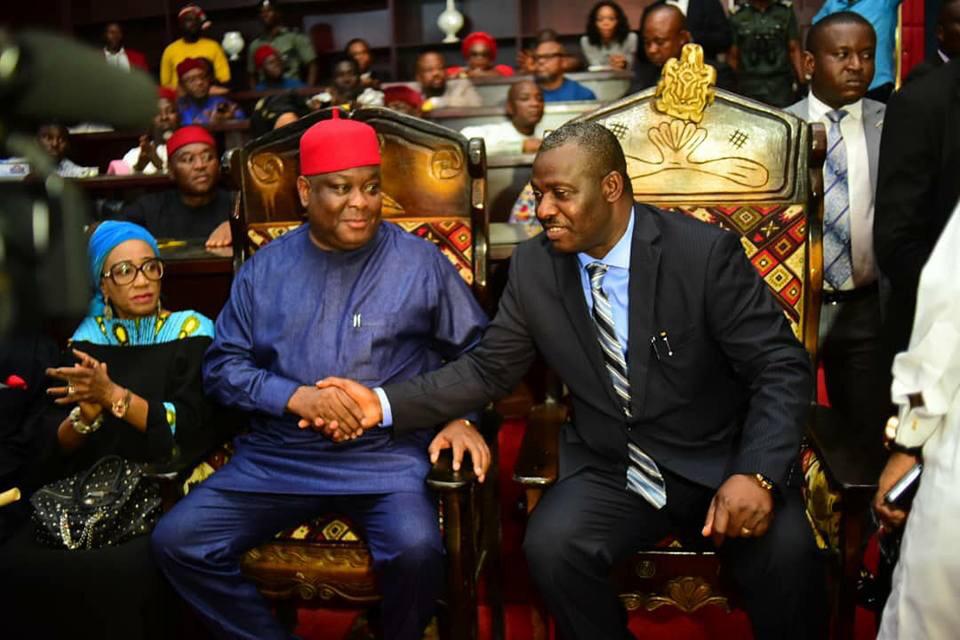 Muscling the 9th Imo State House of Assembly is not on the agenda on the present administration of Governor Emeka Ihedioha.

Imo State Deputy Governor, Gerald Irona gave the assurance while speaking during the inuguration of the 9th Assembly at the Halloween chambers of the State House of Assembly.

He said the State Government would allow it to perform its functions as enshrined in the 1999 constitution of the Federal Republic of Nigeria (amended).

He assured that the Governor, as someone who has garnered years of experience in the National Assembly and as a firm believer in the theory of the separation of power, shall accord them all the rights and privileges due to them as lawmakers of the state.

“I want to assure you that the Executive Governor, His Excellency Rt. Hon. Emeka Ihedioha, in view of his impressive legislative experience, shall accord you all the rights and privileges due you as members of the 9th assembly of Imo State House of Assembly.

“As a believer in the theory of separation of powers, the Governor shall allow you perform the functions of your offices as members of this House, as enshrined in the Constitution of the Federal Republic of Nigeria”, the Deputy Governor disclosed.

He recalled that the Governor had between June 3rd and 5th, 2019, organized a retreat for members, where he espoused the essence of the agenda to rebuild the state. He called on members of the House to ensure that they discharged their legislative duties with all sense of responsibility and sincerity.

While congratulating Rt. Hon. Chiji Collins and Hon Barr Okey Onyekamma as Speaker and Deputy Speaker of the House respectively, he noted that what happened in the House was a sign of many good things to come.

He recalled that about two decades ago, he was on the floor of the same House to be inaugurated as a member, adding that the state government is focused on the rebuilding Imo project.