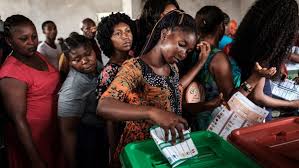 For a long time I have nursed the intention of publishing this article, my zeal to actualize this is informed by my experiences in the world of matter, space, time and energy. The zeal was so deep and persistent that every delay to start it pricked my conscience as if I had prevented a very important event from taking place. As each day passed, I felt a personal guilt for a serious act of omission. This is an inspired assignment, more important and heavier than any intellectual cross that I have deliberately placed on my head. It is not intended that every reader (especially the female folk) should agree with me because only angels expect one hundred percent support on any issue.

The urge to write this article stems from my personal experiences each with a mystic import which I have not been able to decode not even the present. One thing however remains axiomatic and obvious, that is, each of my encounters has changed my life orbit from what it used to be to a vertical spiritual orientation. A big lesson indeed! My methodological approach is academically universal, not restricting myself to any particular discipline. My posture therefore, is intellectually aggressive and unimpeachably pugnacious as I throw away without apology any theory or view which distracts but accept that which enhances my point of view. I am aware that some society ladies, beautiful and ugly, self acclaimed, learned and unlearned women may want to cast stones on me for saying this, but as a philosopher I wish to stand on the pedestal of neutrality and sift the evidence as each is scooped out of irresistible sources. The Reformer like the eagle floating in the air of external reliability spread his wings wide and examines some ignoble roles played by women in the course of spiritual, historical and social civilization. This exercise is not a reckless indulgence in fairy tales calculated to confuse and bamboozle, every diligence is applied in looking for all available evidence from whatever possible source. For this reason I have delved into the archives to make my points known.

Now in accordance with the ancient principles of divine allegory; when that which was is and that which is was, the woman was taken from man but when the forbidden fruit started bringing forth fruits of its kind, there was immediate suggestion of change in the modus operandi of divine allegory that man should be born of a woman and not woman taken from man. Before and after then women have always played their ignoble roles in their families, communities, nations and countries. In fact let the controversy generated by this article rage on among intellectuals of every denomination, age, race and nation for in such lies the dynamic oscillation of the amplitude of the intended exposition.

Every woman has the capability of being the backbone of men in their greatness and in their failures. Living as the backbone of a man gives her the ability to dominate great nations or cause the destruction of a people. As history has shown, women have in one way or the other caused the downfall of great men and empires. In spite of these alterations in destiny which have prolonged the natural order of things, the creator has always managed to strengthen things. All over the world we have women acting the part of devils as they strive to find a place and position in the society. They would negate men (even their husbands and lovers) step on toes, seek out men of other races for their status and position. They will prostitute and when nothing else works they will end up drugging themselves into a comatose state. Though humanity is yet to disbelieve the common slogan that behind every successful man there is a woman. I have seen many successful men that have nothing to do with women but yet to see a successful woman without a good man by her corner.

The Haiyth of the Mustafa Mohammed Al Amin 570-632 AD says, “The holy prophet had said women are made from crooked ribs and their crookedness should be utilized and no attempt should be made to strengthen it as it will break or neglect it so that it becomes more crooked”.  The Bible says, “And the rib, which the lord God had taken from man, made he a woman and brought her unto the man” Gen.2:22. The Aramaic (Hebrew) word used for rib is Tasay-law which means ‘side, rib and beam’. Many bible scholars use the word rib yet they never look at its etymology. The word Tsay-law is found in Genesis and Daniel 7:5. In the case of Daniel it is used for a mythological beast having three ribs. This is not a literal rib that Yahuwa Eloheem (Lord God) had taken from man to make a woman.

In Aramaic Hebrew the word for made is Baw-naw and means “to build, to rebuild, establish, cause to continue”. It is to accomplish, as found in Genesis 1:26, when referring to the making of man. In the Koran 23:14 God said, “We made a lump, then we made out of the lump bones and clothed the bones with flesh; then we developed out of it another creature…” The Ashuric/Syriac (Arabic) word used for bone is Azmaan, so when speaking of making woman you find the word Aw-saw again in Genesis 2:18 God said, “…I will make him a help mate for him”. There is a totally different word being used. The Aramaic (Hebrew) word Baw-naw used in Genesis 2:22-24, and the Arabic (Hebrew) word Aw-saw that is used in Genesis 2:18, are both used to signify rebuilding something, not creating something new. Therefore the recreating of man and woman (Adam and Eve) was a core genetic experiment. This however is not my major concern in this article.

In Islamic Religious philosophy Nakhash made a promise to God that he will take as many souls off the path of God. He has been using women as one of his tools. Satan will always do treacherous things like sneak, connive, lie and preposterous things. In Koran 15:39-40 Satan (lblis) said, “O my lord! Because thou has put me in the wrong, I will put all in the wrong, except thy servant among them, sincere and purified”. In the Bible God says, “And I will put enmity between thee and the woman…” Gen.3:15. The Aramaic (Hebrew) word used for enmity is Ay-baw which means ‘to hate’. Now other attributes that he has shown towards the woman are, envy, jealous, deceitfulness, covetousness, and desire to mention a few. All of these are negative and have been used and are still being used by women throughout history.

In the Holy Koran Allah attests to the fact that the schemes or manipulations of the devil is feeble in nature but that of the woman is mighty. The Holy Book says, “…certainly mighty is (the plot of a woman) your plot”. In another chapter it says, “…ever feeble indeed is the plot of Shaitan (Satan)” Koran 12:28 and 4:76 respectively. In the same manner the Bible says, “…Dwell with them according to knowledge, giving honour unto the wife as unto the weaker vessel…” 1 Peter 3:7. In the Bhagavad-Gita 1:40 God says, “When irreligion is prominent in the family o Krsna, the ladies of the family become corrupt, and from the degradation of womanhood, o descendant of Vrsni comes unwanted progeny”. The Vedic religion’s principles were so designed that good population might prevail in society for the all-around spiritual progress of the state and community. Such population in society depends on the chastity and faithfulness of its womanhood. As children are very prone to being misled, women are also very prone to degradation. In the words of sage Canakya Pandita, “Women are generally not very intelligent and therefore not trustworthy”.

In the great book of Abd-ru-shin entitled ‘In The Light of Truth 1’ page 148-149 he says, “But womankind of today trample underfoot their real power and their high mission, they blindly overlook them, wantonly destroy all the sacred gifts they carry within them, and instead of being an up building influence they bring about disintegration, thus being the most poisonous element. They push men as well as children down with them into the abyss… Accursed be these empty human beings! They are not the victims of circumstances, but they have forced these circumstances into being”. I am not amazed at the above sayings because the experience I have hitherto gathered from choice in the cause of my emotional research has proved to me the women are devils in the making. Watch out for the full details by next week.

innonews - August 17, 2020 0
BY CONSTANCE EKE The Okigwe Senate bye election is throwing up some drama in some of the major political...

innonews - April 17, 2018 0
Majority of passengers in Owerri, Imo State capital were stranded today following the “invasion” of a Special Task Force constituted by the Imo State...

innonews - June 11, 2019 0
20 Persons are feared dead over suspected food poisoning. Another report claimed the deaths may...