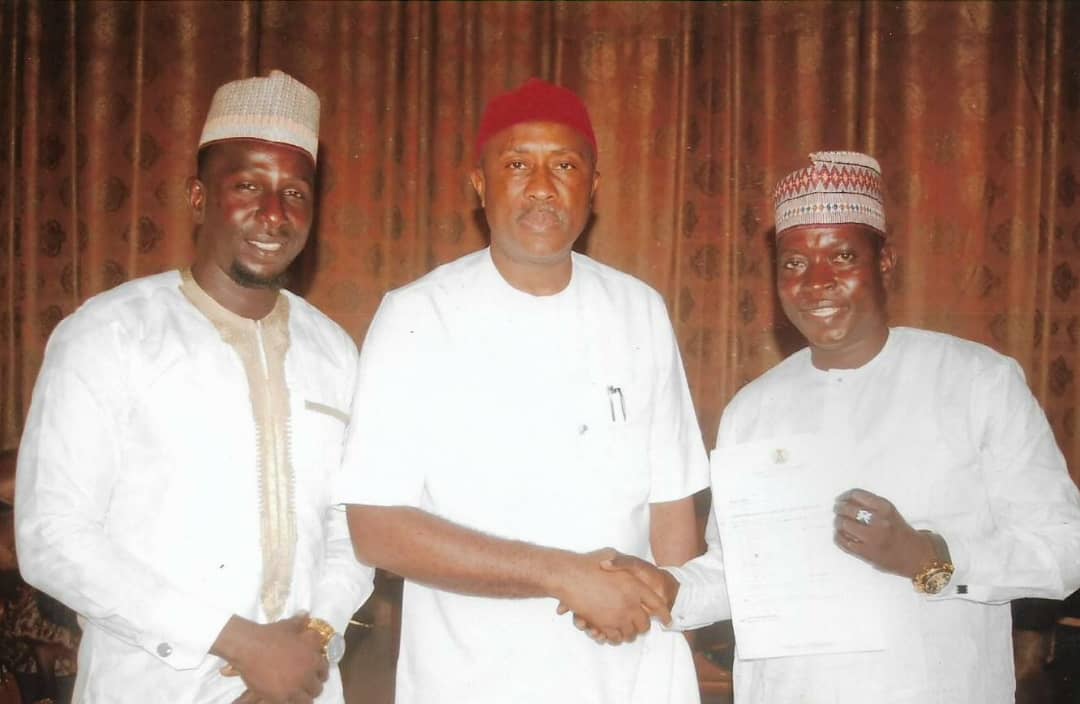 It was jubilation within the Northern Comnunity as the Imo State Governor, Rt. Hon. Emeka Ihedioha has appointed Hon. Hassan Yahya Babidi Special Assistant (SA) to the Governor on Northern Affairs.

Speaking to newsmen shortly after he was presented with his appointment letter, Hon. Hassan Yahya Babidi who is the Chairman, Imo PDP Northerners Forum noted that he will use his office to ensure cordial relationship between the Northern Community and the State as has always been, stressing that he will bring everybody under one fold for development and smooth operation in the state.

The Special Assistant who is known for his sense of peace, togetherness and humility expressed his gratitude to the Governor, Rt. Hon. Ihedioha and SSG, Hon. Uche Onyeagucha for finding him worthy of the position, while assuring them, the people of Imo State and his Northern Brothers and Sisters of his dedication in furthering worthy and people-friendly ideas, welfare and cause.

The former Secretary 11 of Imo State Muslim Council and Publicity Secretary Arewa Consultative Forum (ACF), Imo State posited that he will bring his wealth of experience to bear upon his close working with the State Government for the peace, unity and progress of the state, while urging his Northern Community to abide by the laws of the land and eschew taking laws into their own hands but to channel their challenges and issues through the right source.

The former Chairman, Northern Nigeria Indigenes in Southeastern Nigeria urged all and sundry to support the Ihedioha led government to deliver his promised dividend of democracy to the people of the state.

Hassan Babidi who has been Member, His Excellency Rt Hon Emeka Ihedioha/PDP 2019 Governorship campaign council, PDP party agent during 2019 elections at development primary school, Chairman, Northern Nigerian Indigenes In South Eastern Nigeria for Atiku/Obi 2019, Chairman, Imo PDP Northerners Forum thank the People’s Democratic Party (PDP) for giving him the opportunity to serve in all those capacity, while pledging his support for the growth of the Party.

innonews - September 27, 2019 0
Following the decision of the Federal Government to commence deduction from the monthly allocation of States, as part of refund for...

innonews - January 22, 2022 0
BY IFEANYI IGWE The contest for Owerri and Orlu senatorial seats in the Peoples Democratic Party, PDP in Imo...