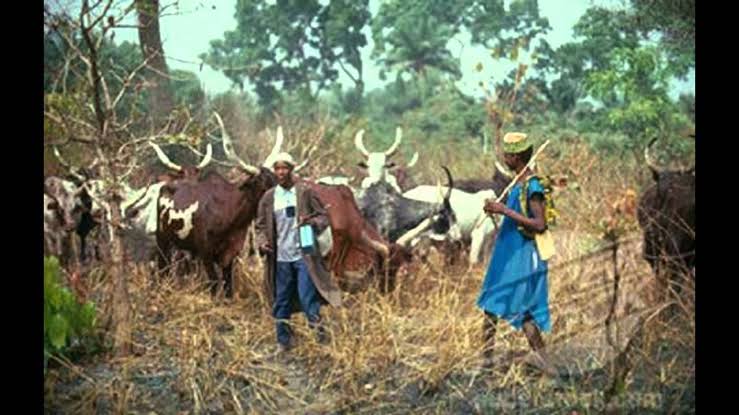 South East Governors have reacted to claims that they secretly donated land for the Ruga programme promoted by the Federal Ministry of Agriculture and the National Livestock Transformation plan (NLTP) as approved by the National Economic Council, NEC.

The resolution read in full:

The attention of the South East Governors’ Forum has been drawn to the various attacks and campaign of calumny by our people alleging that Governors of South East have secretly donated land for RUGA Programme being promoted by the Federal Ministry of Agriculture and the National Livestock Transformation Plan, (NLTP) as approved by the
National Economic Council, NEC.

The fact remains that no South East Governor has donated any land or intends to donate any land for any of the two programmes for lack of enough land in the entire South East.

Governors of South East appreciate the fact that we have good and law abiding Herdsmen who have been living with us; some of them were even born here. We have been living in peace with them until recently when we started witnessing invasion of our land, kidnapping of our people, killing of defenseless natives and destruction of their farmlands. These herdsmen that have been living peacefully with us together with the natives have insisted that these evil as now experienced in our land are the handiwork of herdsmen moving from other states into South East and most of the time, these herdsmen are not even Nigerians.

That we will not chase away Herdsmen who are peaceful and have been living peacefully with us in the South East.

That we agreed with Herdsmen living peacefully with us and the natives that movement of cows into the South East should be by road transportation using trailers to their specific cow markets. No more allowing foreign Herdsmen to move their cattle by foot as this is the point of conflict with the farmers and natives.

That we do not have any land to donate for RUGA or NLTP programmes but we are committed to selling grasses and by-product of our farms to support NLTP for states that have keyed into the programme.

That we believe that our brothers and sisters who are Herdsmen deserve a better life and we commend Mr. President and Vice President for their good intentions in this direction. However, it must be emphasized that what Federal Government and NEC approved was NLTP and it is not compulsory for all the states BUT FOR ANY WILLING STATE WHO WANTS TO PARTICIPATE IN NLTP.

We advise our kinsmen, women and indeed all Nigerians to please be careful with comments not to heat up the already charged state of Nigeria in this regard.

The wisdom of economics allows states to develop along the lines of their economic comparative advantage. In this direction, we advise the FGN to immediately start the implementation of NLTP in the Northern States that have accepted the Programme and where we have large expanse of land. This will surly stop the movement of cows from one state to the other and put a stop to the crisis and suspicion between farmers and herdsmen. The objective and success of this programme must be viewed along the lines of conflict resolution, welfare for herders, peaceful co-existence among farmers and herders, rehabilitation and reintegration of the displaced farmers/ herders and natives and increase in the wealth of herders, farmers and the nation at large.

We ask all our people living outside the South East especially in the North to ignore the threat contained in the video message by self-styled Northern Youths. We are in talks with the Northern Governors and their leaders who speak for their people and they have assured us that there is no harm that will befall our people living in various Northern states across Nigeria.

Finally, we advise those drumming for war to remember our mothers and children and have a rethink. In a state of war, even your friends could become your enemies. Let us bond together as one people and start to think on how to rebuild our youths whose future we ate up in the time past, rebuild our nation whose patriotism we ignored in the time past and love one another.”

innonews - November 15, 2018 0
BY: KEN IGWE, AWKA Thugs who had taken over the Anambra State House of Assembly on Wednesday were dispersed by security operatives. The security forces fired...

innonews - December 26, 2017 0
With the declaration of Senator Samuel Anyanwu to run for Owerri senatorial race for the second time, there are indications that the member representing...