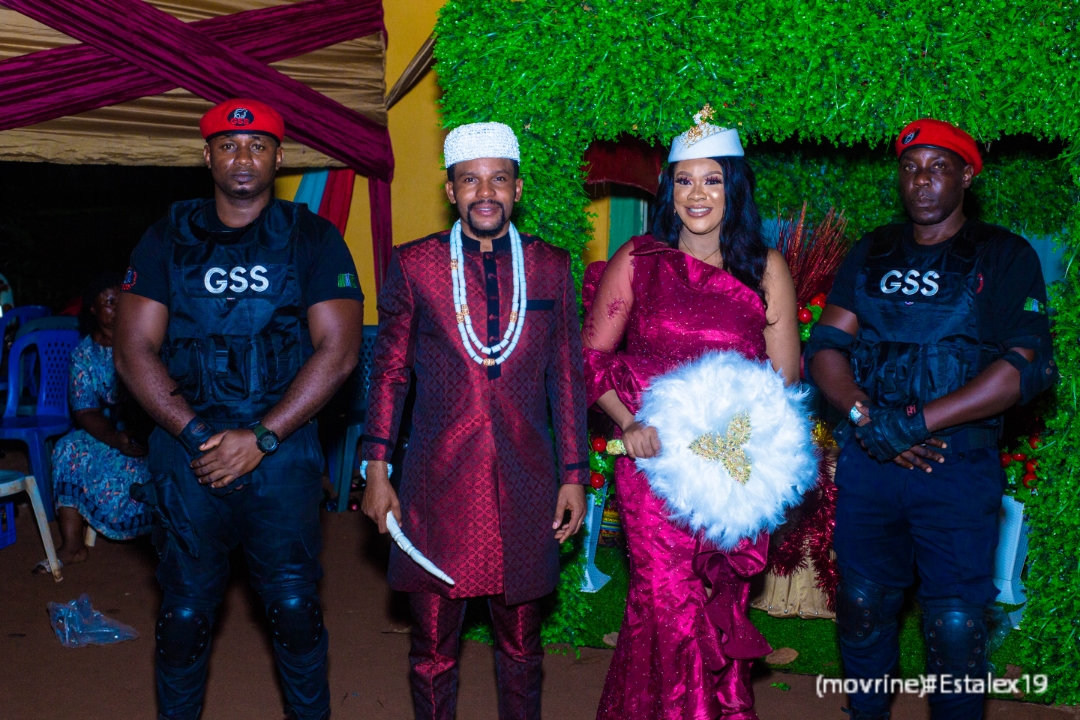 Abuja based blogger and Publisher Alex Reports, Alex Nwankwo wedded in style at the weekend as the event attracted eminent Nigerians from far and near

Among those in attendance at the traditional wedding were popular Africa-Nigeria billionaire entrepreneur and philanthropist, Dr. Olakunle Churchill.

He has been out of the country in the last two years but showed up at Mr. Nwankwo’s wedding who tied the knot to his delectable wife in Uga, Anambra State over the weekend.

The appearance of Dr. Churchill was quite a blessing to the new couple as he parted with three(3) million naira and 2 plots of land in Abuja as a token of his benevolence to his friend Alexreports and his wife Esther Ezenwonye Nwankwo, who were amazed and astonished at the multimillion naira favor they received.

Dr. Churchill noted that his generosity was a delightful  encouragement to the couple whom he had known for years. “I am quite glad to see my young friend getting married today”, he says.

The wedding was attended by several high profile personalities in the corridors of power, which include Anambra State Governor, who was represented by Hon. Bonaventure, the State Commissioner for Lands, High Chief Johnbosco Onunkwo, Prince Donatus Okonkwo, Canadian Philanthropist Mr. Peter Kilgore, HRH Igwe Chidi Ezenwugo of Uga and other distinguished individuals from across the world.

The city of Uga in Aguata Local Government Area in Anambra state was filled with merriment and an atmosphere of bliss, as Nigeria popular social media consultant, PR strategist and media luminary weds in grand superb ceremony at Anambra state, the Light of the nation.

Okorocha Reveals Those ‘Who Instigated EFCC To Be On His Neck’

PDP Reveals Why It Will Boycott Imo LGA Election

innonews - August 23, 2018 0
The Peoples Democratic Party, PDP, Imo State chapter has explained why it will boycott Saturday's local government election in the State. The party in a...

innonews - May 17, 2018 0
A frontline governorship aspirant of the All Progressive Grand Alliance, APGA in Imo State, Chief Okey Ezeh has raised an alarm, alleging that his...