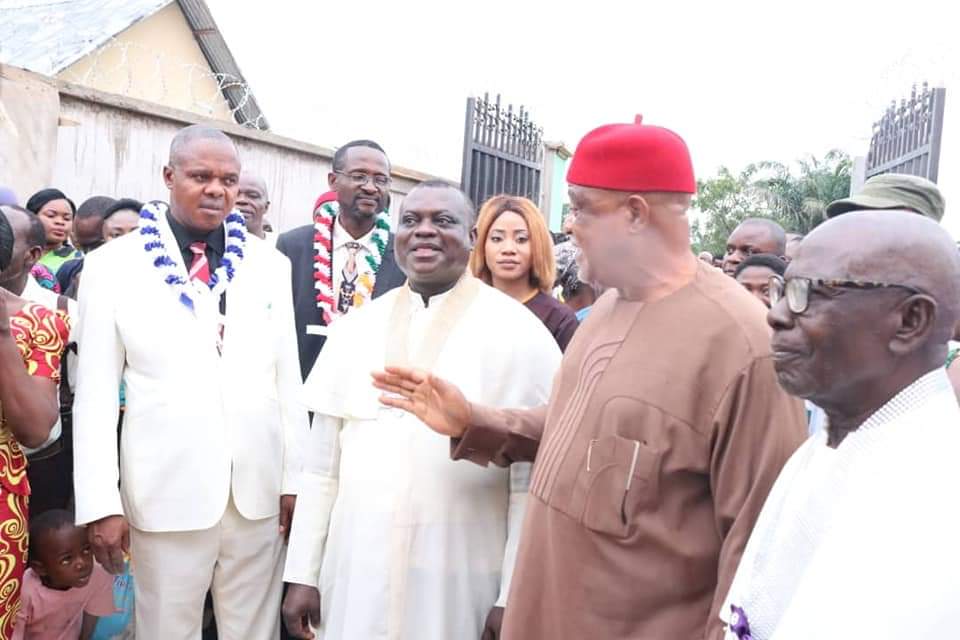 The Christian Association of Nigeria (CAN) Ebonyi State Chapter has doled out over N500 million in empowering 5,000 Clergy men and women between 2016_2019 in Ebonyi State.

The Chairman of CAN Ebonyi State, Rev Father Dr Abraham Nwali disclosed this at St Paul 2 Parish Ugwuachara Abakaliki on the occasion of activities marking his 25th priestly ordination anniversary .

Dr Nwali who doubles as the Senior Special Adviser to Governor David Umahi on Religion/Welfare Matters, said that the present administration of Engr David Umahi has regularly released Grants and monthly stipends to Religious men/women, widows and less privileged to enable them establish Small and Medium Scale Enterprises.

“The present administration in the state have touched the lives of 5,000 Religious men and women to the tune of N500 million by empowering Ministers of God,” he reiterated.

According to him,” The people have been given attention, we have identified with the sick, the physically challenged, poor and the needy through grants and payment of medical bills to thousands of indigent patients in hospitals across the state”

He said that the anniversary was a period of gratitude to the Almighty for the grace and wisdom to serve in his vineyard.

Earlier in his speech, Governor David Umahi represented by the Attorney General /Commissioner for Justice Cletus Ofoke extolled the leadership qualities of Rev Father Nwali as a priest stating that he appointed him as his Special Adviser having distinguished himself as a true servant of God.

In an interview, two of the parishioners at St Paul 2 Parish Ugwuachara Mr Ikenna Nzimiro and Mr’s Basil Okorie respectively, commended Father Nwali for his exemplary life style and his avowed commitment towards assisting the less privileged members of the society.

innonews - June 25, 2018 0
Reactions have trailed the emergence of Barr Emma Ibediro as National Organizing Secretary of the All Progressive Congress, APC at its national convention held...

innonews - September 27, 2018 0
The All Progressive Congress, APC, Thursday night released names of governorship aspirants it cleared to take part in the party’s governorship primaries across the...

Oshiomole Speaks On Governors Backing Candidates In Other Parties

innonews - December 6, 2018 0
APC State Governors backing candidates in other political parties are in for rough times. National Chairman of the APC, Comrade Adams Oshiomole, has described them...

innonews - May 2, 2019 0
Lionel Messi scored his 600th goal for Barcelona in some style as the Camp Nou legend netted an absolutely stunning Champions League...