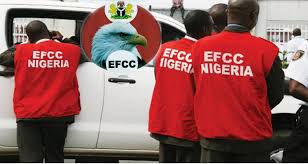 The Economic and Financial Crimes Commission (EFCC) has said it will begin immediate manhunt for the home-based Nigerians indicted by the United States’ Federal Bureau of Investigation (FBI) for a variety of scams and online fraud cases in the US.

The fraudsters, majority based in Nigeria, were involved in a series of coordinated internet scam running into billions of dollars fraudulently obtained from victims in the United States and other parts of the world.

Speaking at the EFCC headquarters in Abuja on Friday, the Acting Chairman of the agency, Ibrahim Magu, stated that the agency had commenced investigation into the matter.

He said the commission was investigating to ascertain the involvement of Nigerians who collaborated with the ones indicted in the United States.

“We will investigate it and we will leave no stone unturned. We will go after those who collaborated with the ones in the US and they will be made to face the full wrath of the law,” Magu said.

He also restated an earlier position of government that it would go after those involved in the failed Process and Industrial Development (P&ID) gas to power project that plunged the country into a $9.9 billion judgement debt crisis.

The EFCC boss said the commission was collaborating with the FBI in two operations notably Operation ‘Wire-wire’ which commenced in 2018 and Operation ‘Rewire’ presently ongoing, both aimed at containing cybercrime.

He said the joint operation involved Malaysia, Canada, Indonesia and the United States.

“We work with FBI in Lagos. We carried out operation wire-wire and the FBI mentioned in their press statement that we are one of the agencies working with them and it was successful”, he said.

On the P&ID $9.9billion judgement debt, Magu said the investigation had commenced.

“We are investigating. It’s ongoing. It will be revealing because some people want to rob this nation and we will not allow that”, he said.

innonews - June 27, 2017 0
A group of Southern elders have met and said that no region will meaningfully benefit from the disintergration of the nation. At a meeting, Tuesday,...

innonews - December 13, 2018 0
A looming cold war may be in the offing in Imo State Chapter of the All Progressive Congress, APC over President...