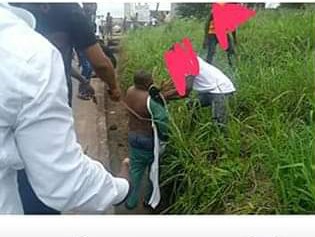 There is tension in Owerri, Imo State as a video has gone viral showing the Chairman of Task Force On the Recovery of Moveable Assets, Hon.Jasper Ndubuaku attacked by some hoodlums at Spilbat mansion belonging to former Governor Rochas Okorocha

As seen on the video and photographs posted on the social media, Mr. Ndubuaku was seen in a gutter with his clothes torn and harassed by some fierce looking youths brandishing dangerous weapons.

Mr. Ndubuaku was quoted in the media to have said that he could not explain the whereabouts of other members of the Commitee.

This has generated tension in the State as widespread condemnation has trailed the act.

innonews - June 9, 2020 0
BY CHRISTIAN OKERE Some workers of the Imo State civil service, who lament that they have not been paid...