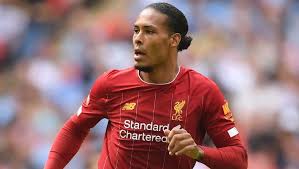 The Dutchman won the prize on Thursday, ahead of Juventus forward, Cristiano Ronaldo and Barcelona captain, Lionel Messi.

Van Dijk had an impressive 2018/2019 campaign with the Reds, as they won the Champions League trophy and finished in second place in the Premier League behind Manchester City.

He becomes the first ever defender to win the award and the first player from the Premier League to do so.

innonews - January 8, 2022 0
A chieftain of theAll Progressives Congress, APC, in Imo State, Prof Orikeze Vitalis Ajumbe, has taken a swipe at some members of...