Home LEAD STORIES Okorocha To Ihedioha: Take It Easy, We Are Not In Contest 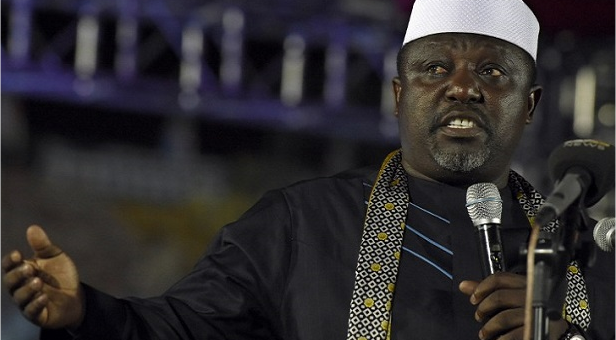 In a statement signed by his media adviser, Sam Onwuemedo, the former Governor said he is not in contest with Ihedioha since he (Okorocha) cannot be Imo State Governor twice

” We want to let Governor Ihedioha know that Okorocha had done eight years as Governor and cannot be Governor again.

” He should stop acting as if he is in contest with the former Governor. We are saying this because the zeal with which the Governor has been destroying and discrediting all that the former Governor laboured to put in place, has become worrisome to all Imo people, and others too.

“All the facilities Okorocha used to beautify Owerri, the State capital, have all been removed as if INEC announced him Governor for the sake of removing or destroying all that Okorocha built”

According to the statment, Okorocha also spoke against the resolve of the takeover of Eastern Palm University and scrapping other new universities and institutions built by his administration.

He said the Commitee exceeded its job by announcing the immediate take over of the Eastern Palm University and scrapping all the tertiary institutions he built.

” What was expected of the Commitee at the end of its assignment was to submit their findings or reports to the Governor, who would then handover the report to the Accountant General of the State, to look at all legal ingredients involved in the establishment of the universities and others, before making any specific pronouncement on them” he said.