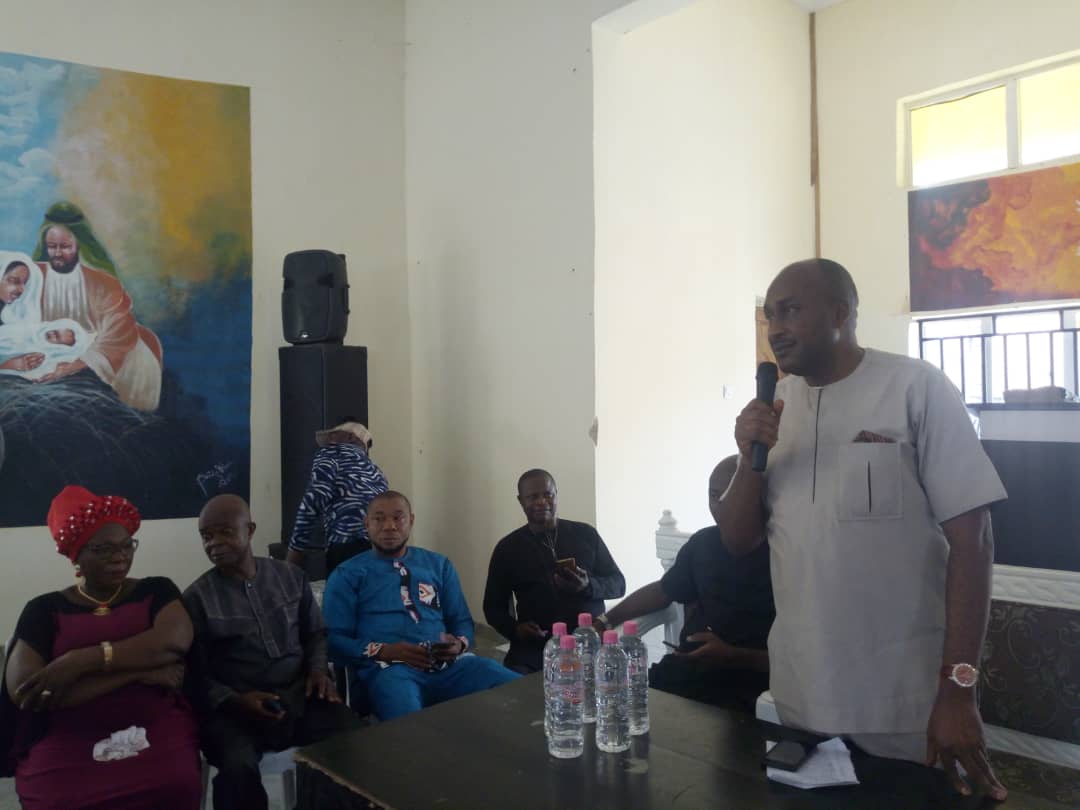 The reconstruction of the ancestral Eke Ukwu Owerri Market will commence in two weeks time.

This was revealed by Hon.Ebere Chukwuemeka, Chairman of Interim Management Committe of the Council at a Stakeholders meeting held at the Council headquarters, Owerri.

The market was demolished by the Okorocha administration in 2017.

He said the rebuilding of the market is in line with the campaign promises of Governor Emeka Ihedioha.

He stated that Owerri people had suffered so much pains during the reign of the past administration, stressing that Governor Ihedioha is commiteed to restore smiles on the faces of the people of Owerri Municipal.

Ebere enumerated the achievements of the Interim Management Committee since it was inaugurated two months ago.

He recalled that last week one of the transformers was given out and fully energized to signal their commitment to solve power problems in the area.

He said the Council headquarters will be renovated to give it a befitting status as the number one LGA in the State.

He assured that soon the deplorable security situation in the State will be tackled as a security outfit tagged Owerri Municipal security guard will soon be inaugurated to fish out hoodlums in the area.

Hon.Ebere said new Health centres will be constructed and existing ones renovated.

As part of the Council’s resolve to repair the sorry state of roads in Owerri Municipal, he said the Council will embark on filling of potholes in the area.

He called on Stakeholders to mobilise for the visit of the first lady, Lady Ebere Ihedioha to Owerri Municipal on Sunday.

In his remarks, the member representing Owerri municipal in the State House of Assembly, Hon.Solomon Anukam called for continued support for the Ihedioha administration.

He said the present government has the interest of Owerri people at heart particularly pensioners in the area.

The State Commissioner of Justice and Attorney General, Ndukwe Nnawuchi SAN, said Owerri people will benefit immensely from the Ihedioha administration and urged them to remain supportive.

innonews - June 3, 2017 0
The quest for the people of Owerri Zone to occupy Douglas House come 2019 received a major boast this weekend, as the Socio-cultural Union...

innonews - June 22, 2017 0
Chairman of Capital Oil and Gas Limited, Ifeanyi Ubah has jetted out of the country. Reports said he left the country Thursday morning barely 48...

Major Areas In Owerri In Darkness After Heavy Downpour

innonews - June 10, 2018 0
Aside destroying buildings and blowing away roofs of some houses including that of Owerri City School, the heavy downpour that hit Owerri, Imo State...

innonews - May 10, 2019 0
Recalcitrance and disobedience to the constitutional authority of the State House of Assembly were some of the reasons...