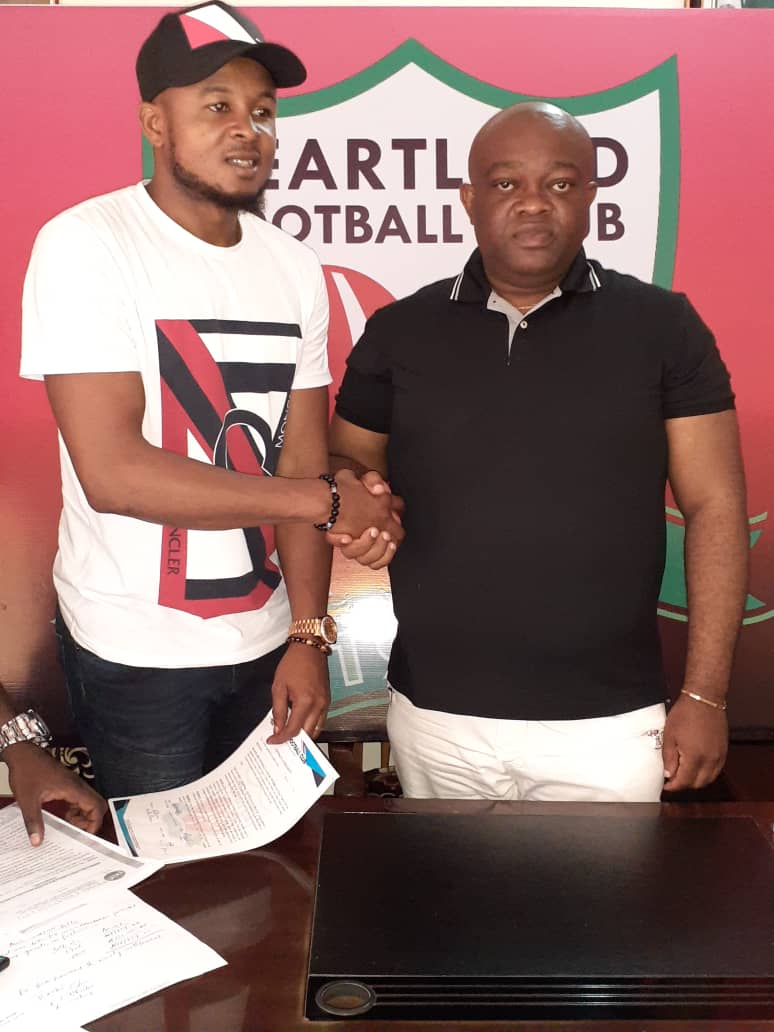 Super Eagles shot stopper Ikechukwu Ezenwa has signed the dotted lines for the Naze Millionaires on a two year deal at the Club’s office at the Ikemba Ojukwu centre New Owerri, Imo State

General Manager of the Club ,Chief Ifeanyi Chukwudi said the signing of Ezenwa marks a paradigm shift from mediocrity to professionalism in Heartland.

He also promised not to sacrifice merit on the altar of selfishness, insisting that the new Heartland is poised to return the glory days back to it’s esteemed supporters.

Responding ,an elated Ikechukwu Ezenwa expressed his appreciation to the Board and management of the club promising to give his best in pursuance of the club’s objectives.

He further urged the fans to return to the Stadium to cheer Heartland to victory in the coming season.

innonews - April 19, 2018 0
Traditional Rulers of the 607 communities in Imo State have been mandated to pay N6 million naria as Development Levy.  The State Government says...

innonews - April 9, 2020 0
BY: DAVID UKA,Abakaliki In what appears a temporary review of the lockdown of the State over the coronavirus pandemic,...