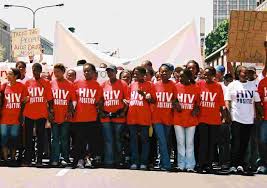 The PUNCH quoted the Commissioner to have made the revelation at the inuguration of the State HIV Surge Consortium in Owerri, Imo State.

The Commissioner said the government was working hard to identify the 10, 000 people living with HIV in the State.

Referring to the report of the 2018 Nigeria HIV/AIDS indicator and impact survey, the Commissioner said soon the State would achieve the elusive epidemic control.

“According to the survey, Imo State HIV prevalence has dropped. This means that out of every 100 Imo State residents, aged 15-64 years, we have less than two people infected with HIV Virus.

” This also implies that Imo State with a projected population of approximately 5.6 million has about 10,000 people living with HIV that are unidentified. So, our collective responsibility as a State is to among other things identify these people, provide comprehensive care to them, halt the transmission of new infections and be among the first to reach the epidemic control target of September 2020″ he said

Easter: Ihedioha Gives Reasons Why He Is Optimistic About Imo

innonews - April 24, 2018 0
Some governorship aspirants of the All Progressive Grand Alliance, APGA in Imo State kept mum at the weekend over newspaper report that 15 of...

innonews - February 21, 2022 0
For the upteeeth time, the governing All Progressives Congress, APC, has settled for a shift in date for its national convention.

2023: Senator Onyewuchi’s Return To Senate Under Threat, Anyanwu, Onyeagocha, Others...

innonews - May 23, 2021 0
Senator Ezenwa Onyewuchi, Senator representing Owerri zone in the Senate, may be up against stiff opposition within his party, the Peoples Democratic...

innonews - September 30, 2018 0
*BY RALPH EJIMKONYE* The Peoples Democratic Party, Imo State will hold its governorship primary at the Kanu Nwankwo sports complex, Owerri. The national leadership of the...