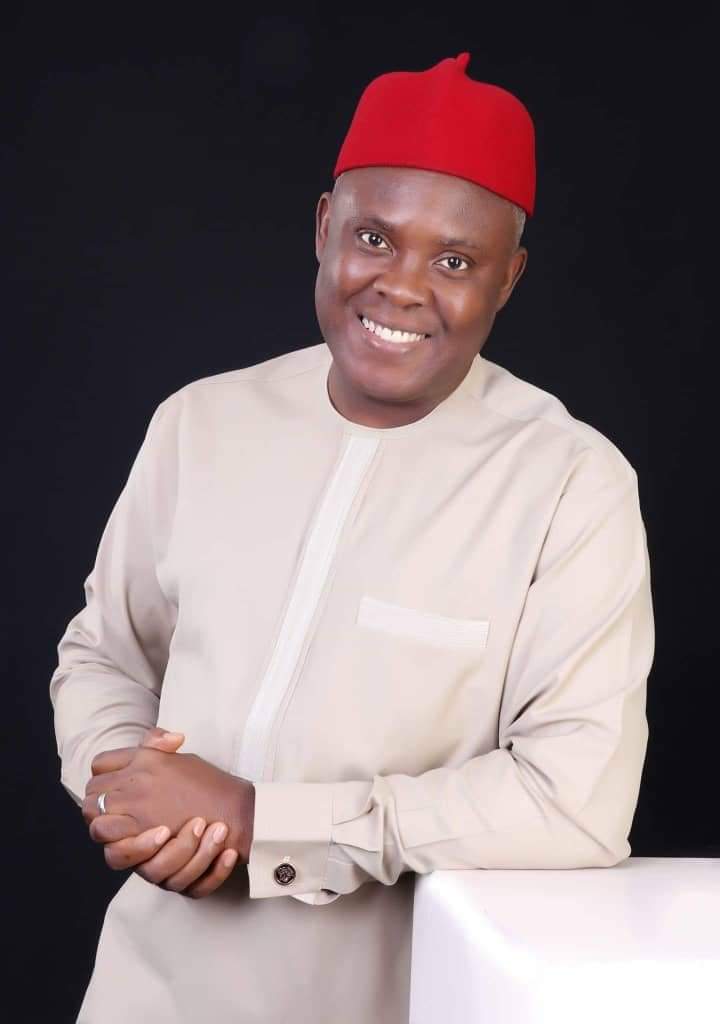 In line with his unwavering commitment to ensure rapid development in one of the numerous communities which make up Mbaitoli/Ikeduru Federal Constituency in Imo State, the member representing the area in the House of Representatives, Hon.Henry Nwawuba at the weekend held an Economic Summit, tagged “Orodo Economic Summit” aimed at charting a comprehensive economic roadmap for the people of the area.

The theme of the summit was : Orodo Transformation, a Ten Year Work plan powered by Nwawuba Orodo Think Tank.

Sons and daughters of Orodo community in Mbaitoli Local Government Area of Imo State witnessed the event including top chieftains and members of the Peoples Democratic Party, PDP.

Also Chairman of the State Council of Traditional Rulers, Eze Samuel Agunwa Ohiri, who is one of the traditional rulers of Orodo community graced the event.

PDP chieftains such as its Zonal Chairman, South East, Chief Victor Assams also witnessed the summit geared towards evolving a development plan for the people of Orodo community.

In his opening remarks, Hon.Nwawuba said the summit was timely as it served as a platform to highlight and address the infrastructure needs of the people.

He said such needs could be achieved if they continue to gather, come up with ideas, partner with Government, Developers, contribute funds and engage relevant bodies to realize the transformation of the area.

He explained that roads and electricity will be given due attention assuring that the Nkwo Orodo market will be rebuilt while considerable attention will be given to agriculture, education , ICT in order to make Orodo community a viable economic hub in Imo State.

Hon.Nwawuba who has been in the vanguard of empowering his constituents through regular interface maintained that “there is need for the Orodo Economic Summit to serve as a platform for discussion among brothers and sisters on positive ways to move our society forward”

The lawmaker said “Because Government cannot provide everything for us, hence we are putting efforts together to plan to develop economically, in Infrastructure, in education and in industry in order to live peacefully

He called on Orodo indigenes irrespective of economic and social status to join hands to develop Orodo community and make it an economic hub for the overall benefit of all.

He gave kudos to Imo State Governor, Hon.Emeka Ihedioha and his Deputy, Gerald Irona for their vision aimed at transforming Imo State.

Governor Ihedioha who was represented by his Deputy, Gerald Irona commended the people of Orodo community for organizing the summit which he described as timely, fruitful and germane.

He advised they embrace the ongoing agriculture revolution of the State Government which will guarantee food security.

According to him, the Rebuild Imo Agenda of the PDP led administration in the State is placing emphasis and focus on prioritizing security, secured environment, rule of law and good governance.

He said soon the State Government will embark on rehabilitation of dilapidated primary school buildings in all the 305 electoral wards in the State.

Other speakers at the summit such as Engr.Marcel Uzoegbu, Engr.Sylvester Ama of Imo Housing Corporation and Mr.Betram Mba gave kudos to Hon.Nwawuba for his vision and effective representation at the House of Representatives.

Some of the participants who spoke at the summit eulogized the lawmaker, but expressed worry on the activities of Fulani herders in the community calling on the State Government to continue to turn down the grazing policy of the Federal Government.

innonews - November 28, 2017 0
Image-making is one act in which man participates in continuous creation and duplication of being, and therewith becomes co-Creator with the primordial Creator. The...

innonews - October 7, 2017 0
Governors of the South East and South- South States are to converge in Owerri, Imo State capital Sunday for a Summit. According to a press...