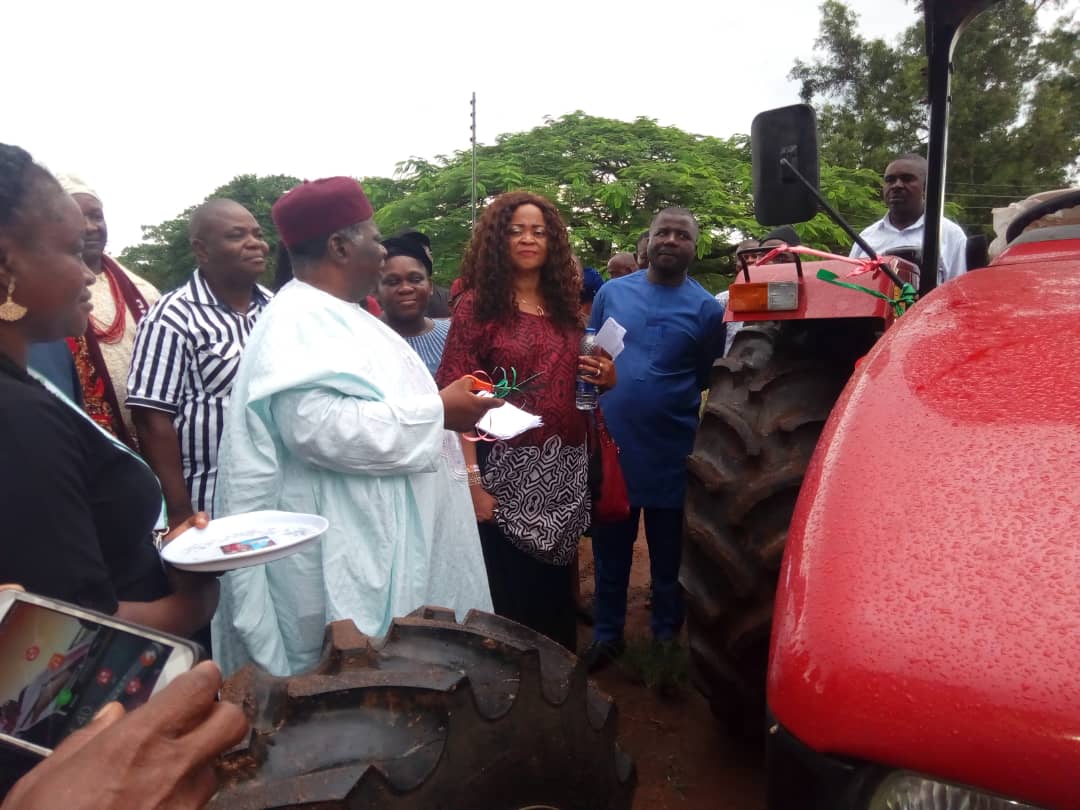 The National Horticultural Research Institute (NIHORT) has embarked on capacity building of youths and other stakeholders in the country to ensure sustainable agricultural development, improved income and economic empowerment.

Mohammed said the programme was part of the determination of the agency to stem the current food crisis and boost food security in the nation.

He described NIHORT as a centre of excellence in horticultural crop research with the necessary capacities and skills on production, processing and marketing of fruits, vegetables and spices.

He said that irvingia and mushroom were capable of contributing to food and nutrition security, sustainable livelihood and export promotion, adding that they were important raw materials in agro-industries.

Mohammed said that the agency had all it required to make the nation proud in food production and urged the trainees to deploy knowledge acquired during the training to productive uses for the country to be self-reliant in agricultural/horticultural value chain.

According to him, to achieve sustainable economic empowerment in the commodity value chain, it is important to build capacity of stakeholders and equip them with skills and competences necessary in horticultural value chain.

He said the irvingia/mushroom workshop was part of the numerous capacity building programmes initiated by the President Muhammadu Buhari-led administration which had led to improved efficiency and performance of stakeholders in the various commodity empowerment.

Mohammed commended the host community, Mbato for donating 810 hectares of land to the institute, saying that the programme would provide a veritable opportunity for youths in the area to actualise self-sustenance, while adding value to the country’s collective quest for food security.

Our correspondent reports that the NIHORT Board Chairman later inaugurated a brand new tractor and a screen house for NIHORT seedlings at the Mbato Sub-station.

He said it would also help the stakeholders to incorporate recent scientific advances and technology into their operations.

He described irvingia as one of the most important indigenous fruit trees cultivated in Nigeria and capable of contributing to household economies, food security and wealth creation.

He said NIHORT had the mandate to conduct research into genetic improvement, production, processing, utilisation and marketing of fruits, vegetables, ornamental plants and spices, adding that Irvingia and mushroom were important mandate crops of the institute.

Aboyomi said that improved techniques and value addition must be taken seriously to attract sustainable levels of investment and the interest of stakeholders in the commodity value chain.

“Mushroom cultivation provides opportunity for improving the sustainability of small framing system through the recycling of organic matter.

“It plays a significant role in human health and nutrition, being rich in protein and is used by for the production of medicines,” he said.

The training and irvingia/mushroom, he said, would cover important aspect of the commodities value chains such as nursery and production practices, value addition, economics of production, marketing and record keeping.

Earlier, Dr U.N Onyegbule, Head of NIHORT Mbato Sub-station, said that the training would offer farmers, youths and relevant stakeholders in agriculture sector an opportunity to be trained and equipped with basic skills and knowledge in irvingia and mushroom business.

He commended NIHORT governing board, executive director and the internal management committee on the recent projects and allocations to the out station, the brand new tractor, the on going perimeter fencing, road rehabilitation and the standard screen house

Onyegbule identified some of the sub-stations needs to include provision of an event hall, a sound proof generator that can serve both the station and staff quarters and more staff, promising to do all within his power to move the institute forward.

Our correspondent reports that some of the participants expressed gratitude to the Federal Government for the workshop and for the inauguration of the tractor and screen house.

Mr Theophilus Udensi, a participant, said the programme would help them to be economically stable and promised, on behalf of others, to utilise the information provided for fruitful ventures.

innonews - June 26, 2017 0
A tiny division may evolve in the political camp of Imo State Governor, Rochas Okorocha over his succession plan in 2019. Since reports became widespread...

innonews - May 14, 2020 0
The Peoples Democratic Party, PDP, in Imo State may resort to the unconventional practice of handpicking a new party chairman,...