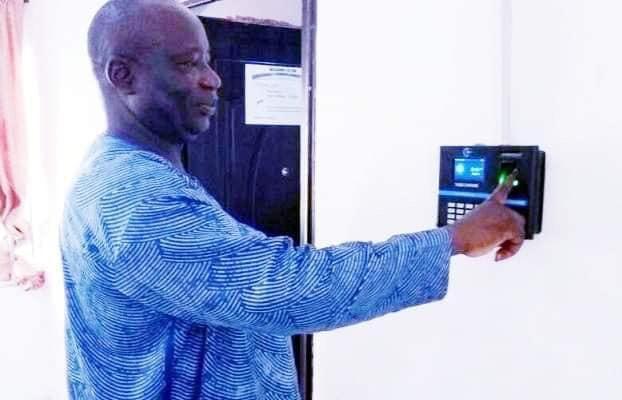 Below is a statement released by Governor Ihedioha’s Special Assistant on New Media, Mr. Aic Akwarandu.. It reads:

In a bid to properly checkmate the scourge of ghost workers in the state the Rebuild Imo government of Rt. Hon. Emeka Ihedioha has introduced the Clock- in Clock – Out system for staff of local government councils in the state.

The release quoted a statement by the State Deputy Governor, Gerald Irona, which also reads ” It is not fair that some people go to work, everyday while others receive salary without working

“We came into office to see that all government structures and systems were broken down. If you have fresh concerns about the Clock-in-Clock-out policy, I urge you to take further steps to engage the government, but please note that we are out to weed the state civil service of ghost workers. It is not fair that some people go to work every day while others, some of who stay abroad receive salary from the state government, without working. This is most uncharitable. Please, we urge you not to protect ghost workers and those sabotaging the economy of the state.”

“Since the inception of this administration, we have put in place systems to ensure regular and timely payment of salaries and entitlements of workers. We will be encouraged to do more, when we see that the people employed to work are doing their job. Please, support the Clock-in- clock out programme.

innonews - September 20, 2017 0
In what appears a veiled exhibition to seek for the endorsement of Governor Rochas Okorocha for the 2019 Imo governorship, two principal officers in...