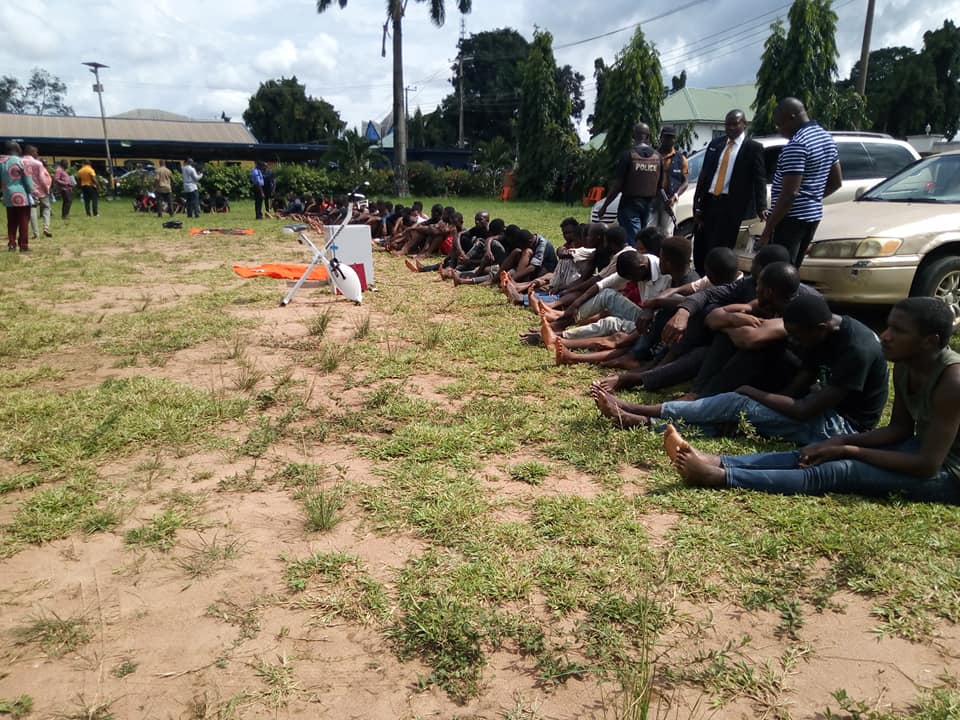 Briefing journalists in Owerri, the State commissioner of Police, CP Rabiu Ladodo also enumerated the achievements made do far by the command and his readiness to combat crime and criminality in the State.

The CP said the Command will not relent until crime is drastically reduced to it bearess minimum.

Parading 72 suspected criminals before newsmen, he said 18 suspects have been charged to court while the remaining 54 persons were apprehended in different crimes ranging from kidnapping, armed robbery, child stealing, unlawful possession of firearms, rape, defilement, cultism and car snatching and will soon be arraigned in the court

He appealed to citizens of the State to help the police with useful information on the activities of criminals while commending the Inspector General of Police for his support particularly on community policing.

innonews - September 15, 2017 0
South East Governors are meeting in Enugu where they are suspected to deliberate on the rising tension in the region. Members of the Indigenous People...

How Churches In Owerri Complied To Covid 19 Social Distancing

I M Not After My Deputy- Okorocha

innonews - November 2, 2017 0
Imo State Governor, Rochas Okorocha has denied reports in the media that he "approved" the impeachment of his deputy, Prince Eze Madumere by the...