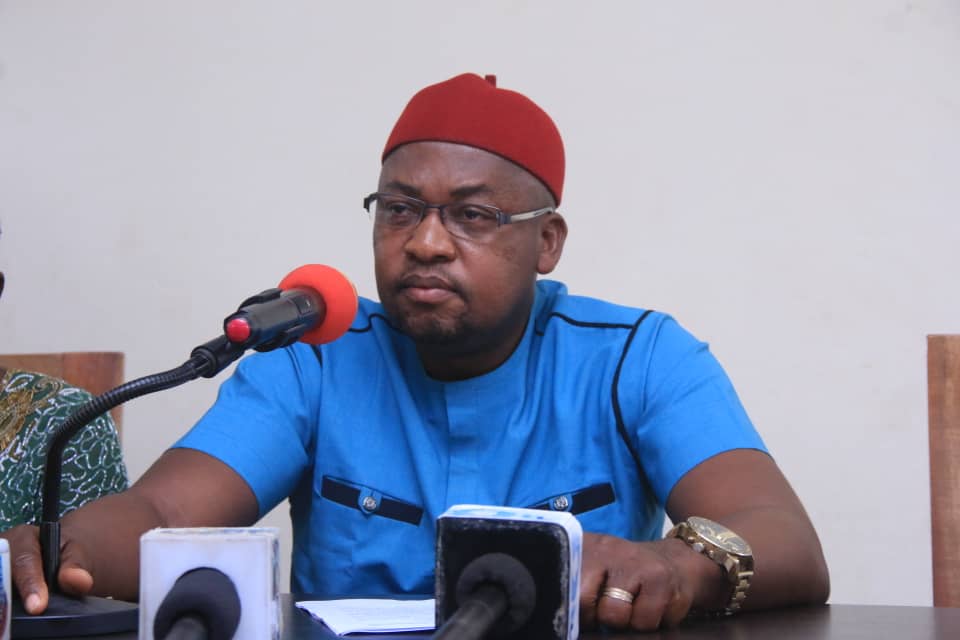 Imo State Commissioner of Information and Orientation, Hon Barr Emeka Ebiliekwe has said plans are underway to replace two substandard tunnels in Owerri constructed by the past administration in the State with world class flyover at the House of Assembly junction, Owerri- Port Harcourt road. He also said there will be will be well constructed channeled drainages into the Nwaorie River.

He said gone are the days motorists will the pains of “China Roads” built by the past administration.

The Commissioner who spoke at the recent flag off ceremony of 13 signature roads by the State Governor, Rt Hon Emeka Ihedioha at the Assumpta Cathedral axis of Port-Harcourt road, Owerri, said Governor Emeka Ihedioha is prepared to right the wrongs of the past.

The Commissioner said the era of substandard projects in the State are gone, saying the award of contracts followed due process

He commended the State Commissioner for works, Engr Ben Ekwueme and all those directly or indirectly involved in getting the jobs done properly.

innonews - April 3, 2018 0
The Minister of Science and Technology, Dr. Ogbonnaya Onu has commissioned the chemistry pavilion of the Assumpta Science centre in Orodo Ofekata in Mbaitoli...

innonews - November 19, 2018 0
About 156 shops were razed down by fire at the timber and furniture section of Nkwo Ngwa market in Aba South Local Government Area of...