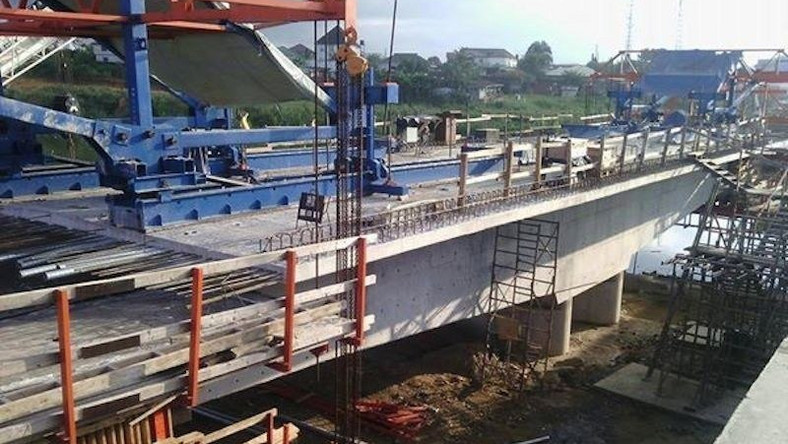 A demand of N10 billion naira compensation by some host communities for work to continue on the 2nd Niger Bridge and similar huge demands for Federal Government projects has been identified as some of the reasons why such projects are uncompleted across the country.

This was disclosed by Minister of Works and Housing, Babatunde Fashola

Speaking with reporters at the end of the federal executive council (FEC) meeting presided over by President Muhammadu Buhari, the minister said huge demands have led to uncompleted projects across the country.

Fashola said budget funding gaps also worked against completion of roads projects in the country in the last four years.

He added that his office had not received funds since his reappointment as minister, as there are still paper work processes ongoing.

“Getting FEC approvals is one half of the story, but we don’t get all of the cash. Even the local communities are not helping issues ,” he said.

“As we speak, some people are asking us to pay N10 billion now as compensation for the 2nd Niger bridge… there is a gap between infrastructure needs and income. People are also complaining that government is borrowing too much.

“We have heard that funds have been released, but we are yet to get anything. I have not received any money since I came to office, this time around.”

On abandoned 20,000 projects alleged by the national assembly, Fashola said nothing of such exists.

“I think first of all it is important we all speak the same language. There is a clear distinction between uncompleted and abandoned projects. First of all, my ministry does not have 20,000 projects,” the minister said.

“The right question should be what are we doing about completing projects, one of the things we have done is finding out why projects are not completed. In some cases the rates have become obsolete so the price range has changed, cement price has changed, the change rate has changed, inflation has gone into the quantity it was awarded before it came.

“So, we are trying to resuscitate some of those projects because we know that the contractors will not go back to work if the pricing is not right.”

The minister also disclosed that the FEC approved a total of N8.2 billion for roads projects.

innonews - August 15, 2021 0
American music maestro, Shaggy, only saw a fraction of it before he sang his song in which he aptly put the woman...

innonews - July 31, 2018 0
A former member of the Golden Eaglets, Samuel Kuchili is dead. His death was announced by the management of Mighty Jets Football Club of Jos. A...

Wenger: I Will Sign Three New Players Next Season

innonews - June 5, 2017 0
Arsenal coach, Arsene Wenger has said he will sign a maximum of three players this summer. Wenger was said to have been given 150 million...