Following the fresh killings of ten persons and missing of four at Ohaukwu LGA, the Ebonyi state government has threatened to arrest and imprison stakeholders of the area if any is found complicit in the matter.

The State Deputy Governor, Dr Kelechi Igwe who was visibly bitter over the killings handed down the warning at Ohaukwu LGA headquarters during a stakeholders meeting.

He gave the stakeholders of the area 24 hours to produce the killers of the 9 persons and the missing four others in the area.

“It is a shame on all of you. We did not come to paint pictures or clap for you. Do not deceive the government. It is pure falsehood, you know what is happening to yourselves, you are killing yourselves.

“We are tired of hearing sentimental stories of what is happening in Ohaukwu. What we want is action. Some people wrote an undertaking to the government. Most of you are here and for those who are not part of it , we will make you part of it. Because they had agreed that if anything as tragic as this happens in Ohaukwu again we should hold them responsible.

“All the people that signed that undertaking must produce those people that were killed and those that waylaid the people going to Effium. You can set up a vigilante to do that. Enough is enough. We must stop playing games”, he fumed.

Briefing the Deputy Governor, the Chairman of Ohaukwu LGA Mr Clement Odah said ten persons were reportedly killed in Ukwuagba in Mgbo Community in Ohaukwu local Government Area on Saturday night even as four persons traveling to Effium from Enugu state for burial were gone missing around the area.

He told the Deputy Governor that the four missing persons were on their way to a burial in Effium on 27th August when they got missing.

He said they were in a party of 30 persons traveling for the burial when they had an accident at rest house junction along Enugu-Abakaliki Expressway.

According to him, they were all brought to Ezzamgbo General Hospital for treatment but the four of them were in a hurry to get to the burial so they left without the others.

He said that when the other 26 left for the burial they noticed a roadblock at Agbaesa in Mgbo where some youths tried to intercept them but they managed to bulldoze their way through the roadblock and got to the burial.

However, they did not see the other four and since then their whereabouts have remained unknown.

Odah said that while the Council and stakeholders were trying to investigate the matter in conjunction with security agencies, Ukwuagba Community in Mgbo was attacked on Saturday night.

“Yesterday, Ukwagba community in Mgbo was attacked and nine persons were killed and later another person died. They were massacred in their homes.

“There is a situation we were trying to manage that some persons who were our Ezza brothers were going to a burial at Effuim from Enugu state. They were 30 persons in number on getting to rest house in Ishielu LGA, they were involved in an accident, they took him to Ezzamgbo General Hospital.

“While they were there, four persons left them and moved ahead of the 30 to attend the burial leaving the other 26 behind.

“Then when the other 26 reached the venue of the burial, they couldn’t find the other four persons who left them at the hospital” he stated. 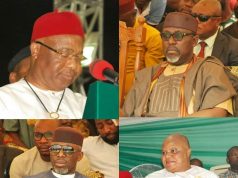 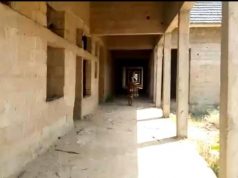 CCIDESOR To Supreme Court: Do Not Endanger Nigeria’s Democracy