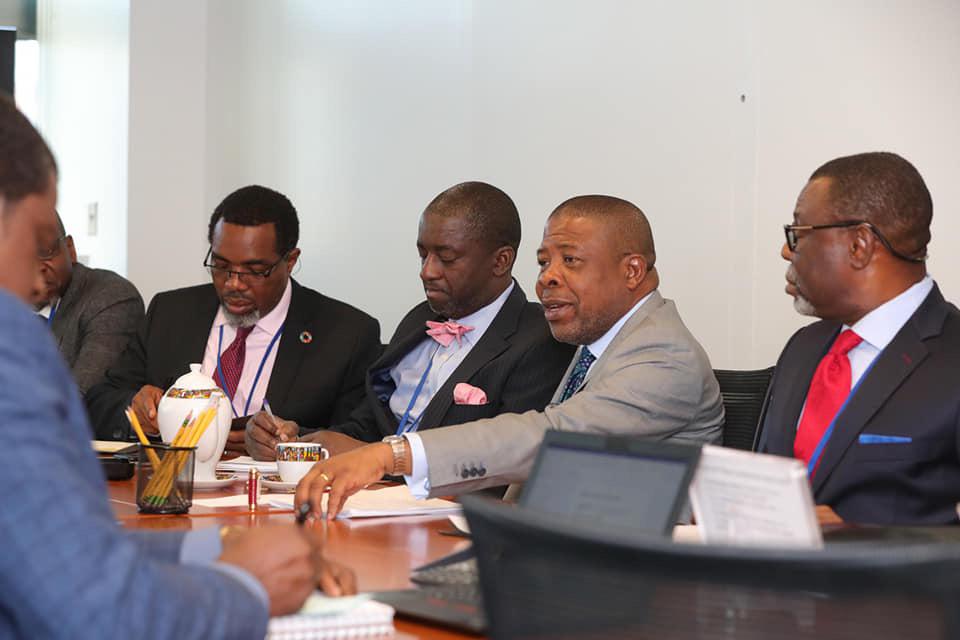 As part of his unflinching commitment to accelerate the pace of development in the state, Governor Emeka Ihedioha, Thursday, held a strategic business meeting with officials of the United Nations Development Programme, UNDP in New York, United States.

This is contained in a statement signed by Chief Press Secretary to the Governor, Mr.Chibuike Onyeukwu.

Governor Ihedioha who is part of the Nigeria Governors Forum, NGF, delegation to the 74th United Nations General Assembly, congratulated Ms. Ahunna Eziakonwa-Onochie, leader of the UNDP team, who is also Assistant Secretary General of the United Nations, for attaining such height in the UN hierarchy.

He called on the UNDP to assist his administration towards achieving its policies and programmes in the areas of youth development, job and wealth creation, environment, renewal energy, e-governance, tourism and agribusiness in Imo State.

In her remarks, the leader of the UNDP team, Ms. Ahunna Eziakonwa-Onochie, who is also Regional Director, UNDP Regional Bureau for Africa, congratulated Governor Ihedioha on his victory in the governorship election in the State and highlighted the natural resources that abound in the state, adding that the UNDP is willing to support his administration to harness them.

Ms. Eziakonwa-Onochie also praised the Governor on his leadership qualities and his efforts at redefining governance, assuring to support the State in critical areas, including capacity building, business mapping and setting SDG framework for the State.

innonews - June 24, 2019 0
By David Uka, Abakaliki* The South East Governors forum have rejected the alleged proposal by the Miyetti Alah to...

innonews - September 18, 2019 0
The stage is set and the dice is cast as political tension mounts in Imo State as the Governorship Election Petition Tribunal...