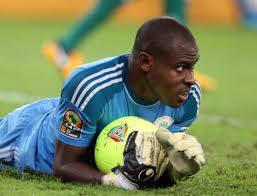 Enyeama, a former goalkeeper of Lille, a French Lique 1 side said in an interview recently that he will not say no if the Nigeria Football Federation, calls for his services.

” I cannot say no to Nigeria, that’s the truth. If Nigeria tells me today ‘Vincent, we have goalkeeping problem; we need you’, I will be there. I can’t say no”

According to him, since he quit the national team, no one from the NFF, has reached out to ask him to overturn his decision and return to the Eagles.

” Since I left Nigerian football in 2015,no one has contacted me” he said.

Enyeama, a former African Champions league winner has been clubless since August 2018 when the French club, terminated his contract on mutual consent.

He had gone to another French club, Dijon, where he failed a trial prior to the commencement of the 2019/20 French league season.

innonews - December 24, 2017 0
There is a grand plot to install Uche Nwosu, Chief of Staff to Governor Rochas Okorocha of Imo State as the latter's successor in...