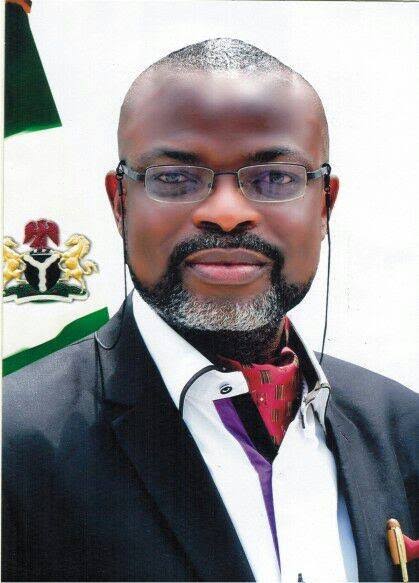 A chieftain of the All Progressive Congress, APC in Imo State, Chief TOE Ekechi has revealed why some politicians from Imo State met in Abuja in a bid to form a gang up against Governor Emeka Ihedioha.

The media had been awash with reports last week that some politicians in the State, including former Governor Rochas Okorocha, governorship candidate of the All Progressive Grand Alliance, APGA, Senator Ifeanyi Arararume, governorship candidate of the Action Alliance, AA, Uche Nwosu and others met at Transcorp Hilton Abuja, last Sunday in a move said to be geared towards forming an alliance against Governor Emeka Ihedioha.

In a statement stating why he was not part of the gang up, Mr. Ekechi, the convener of Imo APC Restoration, disassociated himself from the meeting because according to him those behind it “are united, I guess, only by some common personal grudges”

He said the alliance is a “resemblance (no matter how remote) of returning us to the Egypt we laboriously deserted, only yesterday”.

“I have been inundated with enquiries from concerned Imolites and other relevant stakeholders in the Imo project from within and outside the state and indeed in the diaspora on the recent political development concerning the recent meetings of a group of Imo political leaders based on their permutations and anticipated scenarios from the Governorship Election Appeal Tribunal judgment.

“According to reports, the leaders in the meeting agreed on ‘consensus” candidate for every scenario from the anticipated Petition Appeal judgment to be fielded against the incumbent governor, His Excellency, Chief Emeka Ihedioha.

“In view of the deluge of concerned enquiries and deliberate insinuations to give the said meeting a broader perspective and also for the purpose of clarity and benefits of the undiscerning members of the public, it has become necessary for me to state as follows:

1.That without prejudice to the ongoing post election matters pending at the Election Petition Appeal Tribunal and the enshrined right of all the contesting parties to pursue their matters within the limits allowed by law to logical conclusions, I remain unshakably committed to those moral, political and social ideals that informed and motivated my position and struggle before and during the 2019 general elections in Imo State as encapsulated in the Imerienwe Declaration of March 7, 2018.

2. That while fully recognizing and respecting the enshrined rights of citizens of the state (leaders and followers alike) to meet, associate and strategize to achieve or consummate their political desires and ambition, through new or existing platforms, I wish to categorically, unequivocally and unambiguously disassociate myself entirely from the reported assemblage of the leaders who are united, I guess, only by some common personal grudges.

3. That nothing in my present comprehension and experience suggests that the circumstances which prevailed and precipitated the sociopolitical cataclysm that dislocated the Rochas Okorocha’s conquest of Imo State have abated or resolved. Therefore, as a man who is not known to swallow his vomit, I cannot secretly and/or publicly contemplate associating myself with any alliance that has any resemblance (no matter how remote) of returning us to the Egypt we laboriously deserted, only yesterday.

4. That it is not the intention of this release to condemn the free will meetings of any people for whatever objective since it is in their right to so do. However, it suffices to assure concerned Imolites, genuine members of our great party, the All Progressives Congress (APC), followers, friends and associates who have bothered to know my stand on this matter that, without prejudice to ongoing legal processes for which APC is also involved, the right and power to decide the future and leadership of Imo State rests squarely in the hands of Imolites.

History, and indeed history, shall vindicate the just.

Not Too Young To Run: Buhari’s Full Speech At Signing Of...

innonews - May 31, 2018 2
President Muhammadu Buhari has signed into law the Not Too Young Bill . The Bill was initiated by Imo State born Hon Tony Nwulu who...