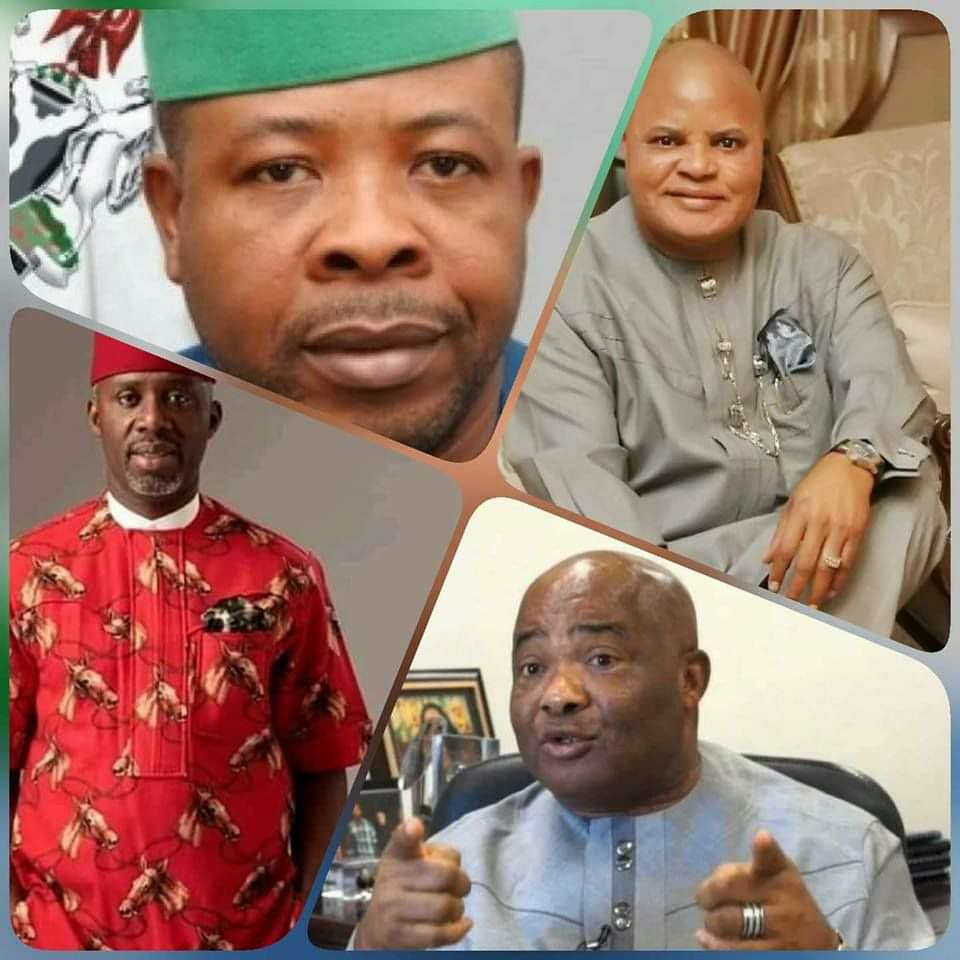 The much anticipated political coalition against Imo State Governor, Hon Emeka Ihedioha, may have suffered a hitch as the camp of Senator Hope Uzodinma, has backed out of the alliance.

Also in attendance at the reported meeting include PDP governorship aspirant, Senator Samuel Anyanwu and major political opponents of the Governor.

The trio of Araraume, Uzodinma, Nwosu had challenged Governor Ihedioha’s victory at the governorship election at the Tribunal. The Court rejected their plea and affirmed Ihedioha as Governor of the State.

After the Tribunal ruling, the opposition forces reportedly met in Abuja where they decided to form a broad coalition to challenge Governor Ihedioha.

The meeting was attended mainly political followers and foot soldiers of the former Governor of the State, Rochas Okorocha.

A top source in the camp of Senator Hope Uzodinma told this newspaper that the Senator was not part of the meeting.

“ I wonder why the Senator was mentioned to be part of the meeting when he never attended or sent a representative. Did you see his name on the list of those who attended?

A post on seen on whats up and credited to an Uzodinma supporter reads “ Let me make this clear once again, that the APC candidate and critical stakeholder of APC, were not part of the meeting at the Transcorp hotel, Abuja

“ It is important that we make this point very clear and certain to the general public that Distinguished Senator Hope Uzodinma and his numerous followers, the SWC of APC, and other critical stakeholders of APC were not part of the parley making the rounds in the media

“Journalists are hereby advised to cross check and verify their news materials before going to the public.

Newspaper reports in Owerri quoted an aide of the AA governorship candidate, Uche Nwosu, expressing optimism that the legal pursuit of the matter at the Appeal Court, remains the only option to pursue its matter, thus foreclosing any alliance with any political actor in the State.

innonews - June 15, 2021 0
The Nigerian government has released a date for the opening to traffic of the 2nd Niger Bridge. The Managing...

innonews - June 11, 2019 0
Barring unforeseen circumstances, troubled Senators elect and their House of Representatives counterparts who are having issues with their...

Video: Rhoda Ebun Teaches Us On How To Dress To Suit...

innonews - April 24, 2018 0
A popular celebrity Stylist, Rhoda Ebun showed us in her episode of style called Curvy 411 featuring  Eki Ogbunor on how women with fuller...