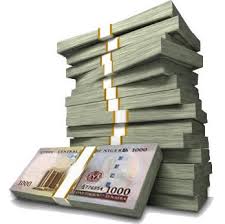 Imo State Commissioner of Finance, Uche Uwaleke, has revealed that the debt profile of the State is over 100 billion naria.

In an interview, the Finance Commissioner said “the State debt profile, domestic and external is over 100 billion naria. When you factor in Judgement debts and contractors obligations, not to mention pension arrears, the figure becomes staggering”

He said the State is repaying for several loans including the bail out funds given to the past administration in the State by the Federal Government.

“Every month, about one billion naria is netted off at source from our FAAC allocation to service our loans, some of which use FG bailout funds that cannot be traced for what was used for”

He said the State Ministry of Finance during the reign of the past administration was of no value.

“Sadly, I met a Ministry of Finance that was of little or no value to the financial responsibilities of the State and literally stripped of its functions”

He said ” Procurement department, the Loans and Investment department and many others existed only in name. No activity went on there for years because their functions were overtaken by the Governor’s office.

He revealed how the Accountant General’s office was also undermined.

He said before the introduction of the Treasury Single Account, TSA, the State was shortchanged for many years, stating that for many years, the budget process was opaque.

” But for the first time in many years, the Budget will serve as a major policy instrument for transparency” he said

innonews - May 18, 2020 0
A watchdog group in Imo State, the Imo Awareness Coalition, IAC, has called on Governor Hope Uzodinma, not to accept the recommendation of...

innonews - May 9, 2022 0
Senate President, Ahmed Lawan, has become the 24th Presidential aspirant on the platform of the All Progressives Congress, APC.