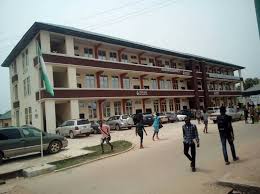 Six states namely Imo, Kogi, Jigawa, Kano, Ebonyi and Oyo States are to benefit from Federal Government’s approval for the take off of 16 Federal Science and Technical Colleges.

Each of the new college will get a take off grant of N200 million naria each totaling N1.2 billion naria, reports say

N3. 2 billion naria has also been approved as take off grant for the entire proposed Colleges in the listed States for other phases in 2021 and 2022.

Newspaper reports quoted the Permanent Secretary of the Federal Ministry of Education, Arc. Sunday Echono to have explained that the Colleges would be established in phases across the country in states that do not have the Federal Science and Technical Colleges.

Other states to benefit from the second phase in 2021 are Bauchi, Plateau, Sokoto, Enugu, and Cross River States, while Gombe, Kwara, Zamfara, Yobe and Delta States would have their Colleges established in the third phase in 2022.

Group Back Eniola For President In 2019

innonews - February 10, 2018 0
"Youth Take Over 2019", a national platform for Nigerian youths made up of about five million members have backed the Presidential ambition of a...