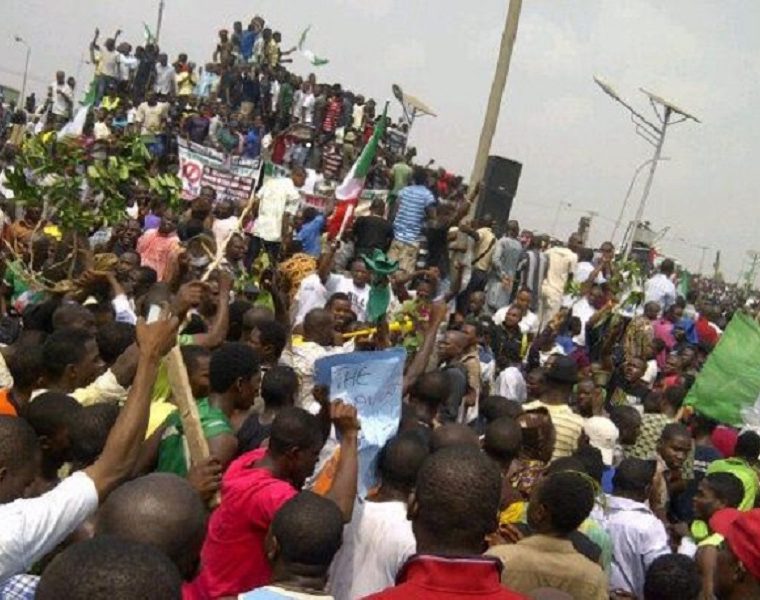 The Imo State lawmaker Representing Ohaji-Egbema State Constituency, Hon. Cyriacus Okoro Heclus has expressed an absolute heart full of gratitude and commendations to the youths of Egbema clan in his Constituency over their peaceful demonstration to register their dissatisfaction with the dangerous, pretentious and inhuman operation of oil companies in Ohaji-Egbema LGA.

The youths of Egbema clan in Ohaji/Egbema LGA under the leadership of Comrade Okenya Thaddeus A.k.A Mario Mathins Power as the President, had on Thursday 3rd October 2019, led his entire youths of Egbema on a peaceful protest which warranted blocking of the only Egbema express road which has been destroyed by oil companies in the area, due to the constant appliance of heavy trucks numbering 21 that drills oil on daily basis.

The protest resulted in shutting down the operation of Starling Global Oil Resources as one of the notorious oil companies in the area.

Hon. Cyriacus Okoro Heclus while addressing the deprived youths of Egbema upon his arrival at the protest site assured of his indefatigable and undiluted support to the youths and expressed worries and bitterness over the heartlessness of categories of oil companies situated in Ohaji-Egbema LGA especially for their conspired agenda against the progress and development of Ohaji-Egbema LGA and it’s citizens.

The people’s Lawmaker assured of his continuous financial, moral and policy making support which must yield 100% restoration of electricity in Ohaji-Egbema LGA, adequate provision of job opportunity for Ohaji-Egbema youths, construction and rehabilitation of Ohaji-Egbema roads by oil companies in particular, empowerment of Farmers due to the negative effects of oil drilling in Ohaji-Egbema land, and other things that must proffer lasting solution to Ohaji-Egbema people’s challenges.

Hon. Cyriacus Okoro Heclus urged his youths of Egbema kingdom to remain peaceful while the intensive road block protest be executed for the betterment of his people and he appealed to all well meaning sons and daughters of Egbema clan and Ohaji-Egbema in general, to ally into his administration mission of ending untold hardship and deprivation of Ohaji-Egbema people’s rights by oil companies.