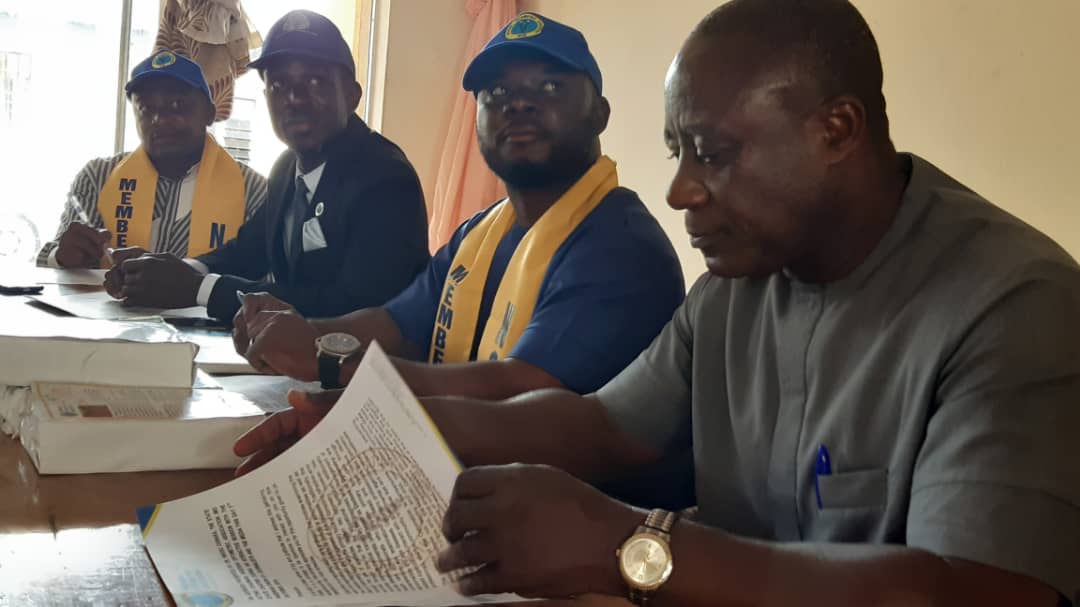 The Nigerian Optometric Association, (NOA, Imo Chapter has said that over 39 per cent of the population in Imo State are visually impaired in various degrees.

It also said that over 6.9 per cent of the population are legally blind with leading causes as refractive errors, cataracts and glaucoma.

The State Acting Chairman of the Association, Dr Chinaka Nwosu made this known at an interactive session with the Nigeria Union of Journalists (NUJ) held at the Union Secretariat, Port Harcourt Road on Monday.

Nwosu noted that the figure was an outcome of a recent study done in some communities in the State among the adult population group.

He said the interaction with the NUJ was part of the forth coming World Sight Day on Oct.10 with theme “Eye Care Every Where, Vision First: Leave No One Behind” to acquinct the Union with the programmes outlined for the weeklong activities of the association.

He said it was also to solicit for their support in reaching out and sensitizing members of the public on the “burden and scourge” of blindness.

Our correspondent reports that the Nigerian Optometric Association has said that approximately 1.3 billion people live with some form of vision impairment, while 188.5 million have mild vision impairment.

He said the association, over the years, had carried out periodic eye screening events across the state to mark notable international programmes such as World Sight Day, World Glaucoma Week, and World Myopia Awareness Week.

He said other programmes of the association include partnership with the regulatory body to curb quackery in the state, the Albino Foundation to foster eye care accessibility to all persons living with albinism and public awareness campaigns for drivers in partnership with the Federal Road Safety Corps over the past two years.

He said all the efforts were to ensure that the blindness burden and visual impairment challenge in the state were reduced to the barest minimum.

Nwosu used the opportunity to call on the state government for an integration of optometric care and optometrists in primary health care programmes and facilities in the state in line with the provisions of the law.

He also asked for the participation and active involvement of the association in various state health campaigns, programmes and outreaches, and provision of better and coordinated accessibility to basic primary health care to rural dwellers.

The Imo NOA boss said that the 2019 World Sight Day in the state would concentrate on the vulnerable group with refrence to internally displaced people, people in the correctional centers, people with disabilities, widows and orphaned children.

He said the association would carry out free vision screening and treatment with the inmates of Federal Prisons Owerri, the Old Veterans Home in Onuimo LGA, and the Akpodim Rehabilitation Center, Mbaise.

He added that free vision screening exercise would be offered to members of the public in all optometric Eye Clinics in the state on Thursday Oct. 10 and called on all with vision impairment to avail themselves of the opportunity.

“Blindness has a direct effect on education, poverty, health and well being and productivity if not eradicated.

“Our success in blindness prevention will increase profitable and productive workforce, improvement in education, increase in survival level and ahievement of Sustainable Development Goals on Health.

The Chairman, NUJ Imo Council Mr Chris Akaraonye expressed pleasure at the visit of the association and their activities geared toward reaching out to the vulnerable in the society.

Akaraonye commended them on the theme of this year’s World Sight Day and plegded the unalloyed support of the union in disseminating information emanting from them.

The Chairman of the Planning Committee, Dr Chima Madu outlined the programmes of activities for the week long programme which he said started with a courtesy visit on the NUJ and a press briefing.

He said the association would also engage in advocacy visits for partnership for the success of the programme while the event would end with a novelty football match with a charitable orgainsation and a Sunday service.

innonews - June 24, 2018 0
Imo State requires urgent liberation as the State is on the verge of collapse. This is the verdict of a frontline governorship aspirant in...